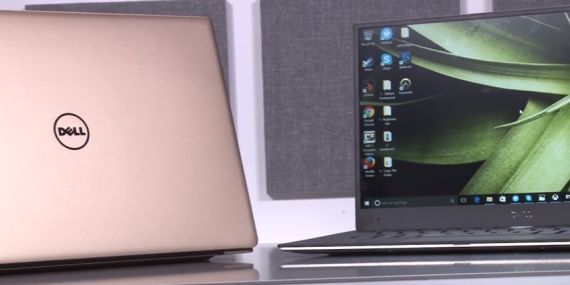 The Dell XPS 13 isn't only powerful. It's also one of the most affordable high-end laptops on the market. (Photo : Laptop / YouTube)

As Apple releases a new MacBook Pro series this year, healthy debates about 2016's best laptop have been triggered. While many Apple fans are firm in upgrading to the newly launched MacOS laptops, there are people who are quite disappointed with Apple's latest product. To be fair, there are quite a number of great laptops on the market right now that are priced a lot more affordably than the MacBook Pro. One of which is the Dell XPS 13 Kaby Lake. Dell's latest revamped laptop is definitely one of the most competitively spec'd and competitively priced devices on the market.

When Dell released new models of the XPS 13, they made sure that they stuff it with only the latest and most powerful internals. As per Windows Central, the Dell XPS 13 is powered by Intel's latest generation Core CPU "Kaby Lake". Furthermore, the said device is equipped with an even larger battery that can last for longer hours. It was said that the Dell XPS 13 is able to last up to 13 hours (QHD+) and 22 hours (FHD) of continuous usage.

Additionally, the XPS 13 features a killer new technology (1535 Wireless AC) that makes WiFi connections stronger and more reliable. On top of that, the said laptop also boasts of its premium look. The Dell XPS 13 has a 13.3 inch screen that features a borderless display called InfinityEdge. For a starting price of only $999, you'd think that the laptop sacrificed its durability. However, the XPS 13 is a pretty sturdy laptop with its machined aluminum, Corning Gorilla Glass and carbon fiber construction.

The reason why Dell XPS 13 is the best laptop to purchase this year is because of its competitiveness. Dell's current competitors are either less powerful or overpriced. People who are looking for the best value for their money are more likely to pick Dell's latest model over the MacBook Pro or other expensive laptops. The Dell XPS 13 may not be for everyone, and it would definitely have a hard time selling itself to MacBook lovers. However, for people who are in the market for the best laptop value, it's undeniable how much of an option the XPS 13 is.

Windows OEMs typically deliver great quality and performance without needing to add some glitz and glamour to their devices. The Dell XPS 13 does just that. It may not have Apple's Touch Bar or Surface's hybrid traits, but as a simple laptop, it's probably the best. Not only is it equipped with hefty specs, it's also overall a delight to carry. It is lightweight and good-looking - an ultimate partner for people who are always on-the-go. As per Win Beta, the Dell XPS 13 is a new Windows 10 favorite.

Needless to say, not everyone might opt for Dell's new laptop, but for people who do, there's little chance that you'll regret your purchase. Expensive laptops might have perks of their own, but if you value your money's worth, going for a powerful Windows OEM is the best way to go.

Dell's updated XPS 13 and the new Lenovo Yoga 910 are both very useful. Here's a take why the Dell product is better that the Lenovo one.

The Dell XPS 13 is one of the most popular laptop series of choice of the people.