'Westworld' Episode 5 Recap: All The Mysteries Revealed From ‘Contrapasso’ 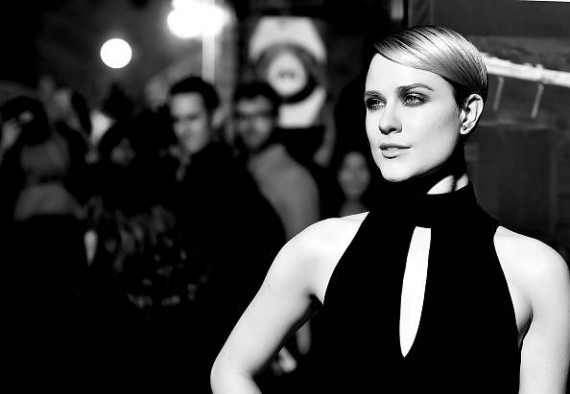 HBO's new sci-fi thriller series "Westworld" just started airing its episodes - and is only midway in its first season - but it has already gained countless praises and even become one of the must-watch TV shows on the said network. With almost two million viewers hooked with the series in only less than a month, "Westworld" certainly has something in its plot that's addictive. Revelations are slow to come by, but that actually is what's making the episodes of this series worth waiting for.

"Westworld" episode 5, which aired on Sunday, Oct. 30, has made the story become more mysterious and debauched than ever. This newest big hitting show on HBO have people wondering, "What's in the park? What's in its maze?" Will "Contrapasso" finally reveal something big about the mysteries surrounding Westworld?

"Contrapasso" featured guests Logan (Ben Barnes), William (Jimmy Simpson), and host Dolores (Evan Rachel Wood) heading for Pariah. It also showed how the Man in Black (Ed Harris) drained the blood out of Lawrence (Clifton Collins Jr) as a sacrifice and donated it to spare Teddy (James Marden) from death since he believes the latter will be his guide through the Maze and not the former.

What actually is Contrapasso?

Contrapasso actually means "to suffer the opposite" in Italian. It refers to some sort of punishment for the souls lying in purgatory, where the severity of the sentence will rely on the sin committed. As it is known, everyone in Westworld holds a secret and is probably guilty of something, hence the title. And who was to be punished in the episode? Logan was. The dirty player was finally beaten up by the ex-confederate outlaws when he went too far in his cruel steps and picked a fight with William. Because of this, the latter refused to help the former when he was dragged by the Confederati. Instead he hopped on a train with Dolores until they finally fled out of Pariah.

Before the bad fate of Logan, the trio met with a gang leader, El Lazo who tasked them to steal explosives. After the three successfully accomplished their mission, Dolores kept seeing visions, which later revealed to her that the task of stealing explosives and selling them to the Confederati was just a ploy. Dolores found out that he sold fake explosives to the Confederati and planned everything to have Logan held in captivity. El Lazo actually wanted to kill Logan and somehow used the task to give the latter what the former thinks he deserved.

Another revelation that came to this episode was El Lazo was actually Lawrence. Since he died earlier in the episode, it can be safe to assume that the series is taken in mutitimeline rather than thinking there is another Lawrence.

What else does Dolores know?

Dolores, even an android, seemed to be growing her consciousness and was constantly having obscure visions throughout the episode. First was when she saw a dead body of Logan and she had flashbacks of a massacre that presumably happened in her past. Second was when Ford was asking her if she heard Arnold's voice but lied and said, "No." Ford then placed her under analysis and found out that Arnold talked to her before he died and told her that she will help the latter destroy Westworld. After that, she spoke to someone and told the mysterious character, "He doesn't know" and that she did not tell anything to him. Could that be Arnold? It can also be remembered somewhere in the episode that the hosts or androids kept talking to an "Arnold." Could he be the same person as the dead partner of Ford?

Dolores obviously is waking up to her consciousness. How did that happen when she is just a robot installed in her dead body? That is the more twisted part we are all going to find out later.

Who planted the laser-based satellite device inside the park?

Elsie (Shannon Woodward) found something that almost got her killed. Apparently that device was a satellite-like gadget that transmits information out of the park. People inside Westworld (as well as the fans) were guessing it was the Man in Black. However, if you come to think of it, could it really be that simple for him to plant something very advanced inside the park? Or a second guess could point again to Arnold who knows the park very well and might have planted the device for him to get track off his creation.

What's there to see at the center of the maze?

While there is still a lot to discover about the yet unrevealed character, the presence of Arnold in every episode gets heavier and thicker. One realization - though not actually revealed - in "Contrapasso" is that Dolores is a creation of Arnold and that she is inside Westworld to actually spy for him or work for him. From the flow of conversation between Dolores and Ford, it also seemed like the two might have had a past and that she is being used by Arnold to get back at the latter for something. Were they rivals for Dolores' love in the past that's why Arnold chose her so he can easily get to Ford? Or is there really something at the center of the mysterious maze that he intends to keep secret even from his friend, the Westworld co-creator Ford?

While several people are trying to fight over the secret of the Maze, while people are looking for clues and guides through the Maze, they fail to see that the big key to the mysteries of the park is actually the android that they think is becoming useless because of her distorted visions and severity of consciousness.

"True Detective" has been on hiatus for more than a year now, thus making fans of the crime drama series worried about the show getting cancelled. However, HBO's programming chief, Casey Bloys, said that the show "is not dead."

Adria Arjona has been confirmed to be the latest star to join the cast of the upcoming sci-fi film, "Pacific Rim 2."

"Harry Potter" star Daniel Radcliffe hopes to take a role in the Emmy Award winner "Game of Thrones" even if it means killing him right after he appears.

"Westworld" may have ended but it still creating waves after it left off with a mind-blowing finale. The series has been recognized for making new records on HBO television history.

Fans are left bewildered with the revelations in "Westworld" Episode 9 and they are in for a wild ride with the season finale drawing near. Find out what boggles the minds of the fans and what to expect in Episode 10.

'Westworld' Updates: Return Of The Mysterious Man In Black Confirmed For Season 2

"Westworld" Season 2 is in the works with more news and updates being released. Ed Harris is reportedly coming back for the second season to reprise his role as the Man In Black.