Can You Stop A DDoS Attack? 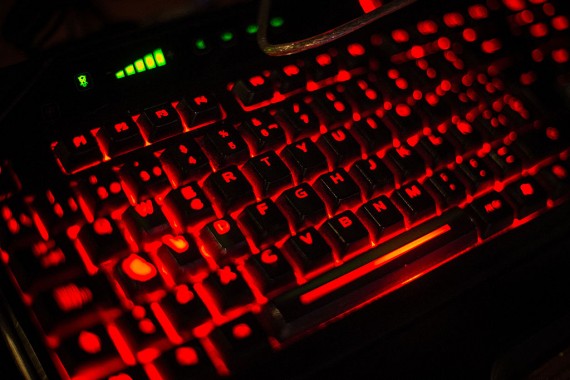 As we all know, recently a large domain name server (DNS) called Dyn had to deal with a huge distributed denial of service (DDoS) attack. The result was a lot of high-profile websites throughout the U.S. being taken down. How can we manage to stop a DDoS attack when our site is the target?

The latest DDoS attack even prompted a federal investigation, according to Android Headlines. The investigation is yet to be concluded, but from the initial reports we may conclude that that the attack was conducted by a botnet. This consists in a network of hacked devices programmed to- simultaneously request access to the same website.

A botnet results in an attacked DNS timing out due to a traffic bottleneck. In case of the latest DDoS attack, the malicious network was created by a malware called "Mirai." The malware is especially programmed to target Internet of Things (IoT) devices like connected printers, webcams, speakers and routers by using their generic passwords assigned by manufacturers.

This means that one of the largest DDoS attacks in recent years was made possible thanks to IoT devices instead of being conducted through malware-infected personal computers. As we can see, IoT gadgets have become a critical internet security issue.

While we may blame people who failed to change default passwords of their new IoT gadget purchases, the average consumer cannot truly be found at fault. The consumer electronics manufacturers cannot realistically expect that their customers are tech-savvy enough to ensure changing the password on their recently purchased products.

The companies certainly should not be shipping IoT devices with identical hard coded root passwords in the first place. But how to avoid such issues in the future? Is it possible to stop a DDoS attack from taking place?

How To Stop A DDoS Attack?

According to Digital Trends, if you are using the default password or you do not have yet a password on your Wi-Fi router, now is time to change it immediately. Also ensure that rather of selecting the older WEP or WPA as the security mode, you select instead the nee WPA2 standard.

Nacked Security recommends that you should also disable the Wi-Fi Protected Setup (WPS) that has significant security vulnerabilities. Even if you don't own any IoT devices yet, it is a good idea to make these changes now in order to ensure that your home network isn't welcoming intruders.

Another thing to do is to ensure that your router has no open ports. For this task you may use the free tools available on the website yougetsignal.com. In case that you already have some IoT gadgets, the next step is to ensure that they aren't at risk of being captured by a botnet.  You'll need to reset the product back to its factory settings in order to wipe any malicious code that eventually has found a home on your device. Also, it is recommended that you make sure your IoT gadget is running the latest firmare.

In case that your favorite website becomes the victim of a DDoS attack, you may not have many options beside to wait until the issue is fixed. But if a DNS provider is attacked, you may try to change your DNS provider from your local ISP to a service like Open DNS or Google DNS. Usually these bigger companies have a much more robust DNS infrastructure than your local ISP.

The new internet security challenges could be overcome with the help of advanced tech.

How To Prepare For The Next DDoS Attack?

After the biggest DDoS attack in internet's history, it's time to get yourself prepared.