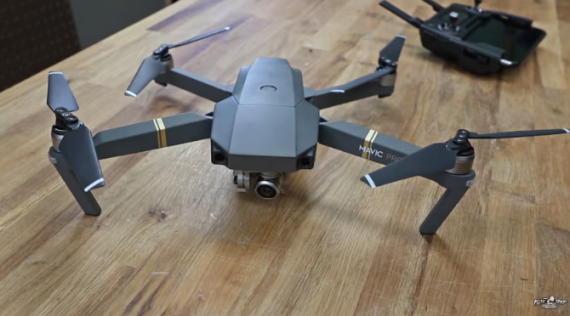 If you’re interested in getting this drone, there are a few accessories that you can buy with it. (Photo : FliteTest / YouTube)

DJI is now the subject of internet bashing as the number one drone maker failed to hit its promised Mavic Pro shipping date. The DJI Mavic Pro is supposed to get shipped October but the company seemed to have been delaying the shipment week after week. This could all be a simple case of a delivery problem but it looks like DJI is a complete mess with their Mavic Pro product. They have been saying that the shipment is already ongoing but the big problem is that not a lot of customers can testify to that. In fact, a bunch of DJI Mavic Pro buyers beg to disagree with the company's shipping claims.

As per Gizmodo, DJI customers use a Google Spreadsheet to see their orders' status, and as per that sheet, only 25 out of 525 people have already received their orders. The company denied this alleged figure but this is the exact problem of DJI - they do not communicate with their customers very well. They keep denying allegations and giving statements that seem to be untrue. While the company stands by their word that they have already shipped the Mavic Pro, their customers find it hard to believe them.

With a big screw-up incident like this, most of the affected buyers can't help but think that DJI has tricked them into buying the Mavic Pro. It's worth noting that the GoPro Karma has also been released recently and DJI Mavic Pro buyers believe that this could be the main reason why DJI rushed the pre-orders for the Mavic despite the fact that it may not have reached full production just yet. In their aim to take GoPro customers into their yards, they had to match their launch date.

Product-wise, the DJI Mavic Pro beats the GoPro Karma in so many aspects. In fact, DJI's newest drone is probably the best drone on the market right now. This is exactly why people bought it immediately after it was made available. Needless to say, these buyers were left frustrated up to now, because not only is DJI failing at giving people accurate info, cancelling an order is also a big pain to do.

Cancelling your DJI Mavic Pro order is not exactly impossible as it is still doable. But with a rule of having to pay an extra $50 to cover what they call as currency exchange rates charge, then it's safe to say that it's impossible to cancel your order without losing money. Since the company is based outside US, they believe that it's just fair to charge their unhappy buyers an extra $50 for technically nothing.

It's kind of clear that the company is gracefully stalling. However, the problem for them is that their buyers are somehow uniting to uncover DJI's dirty little deed. These supposed buyers' statements may still be left unverified but the number of customer statements that have surfaced online seem to be making it hard for DJI to make a case. In fact, a reseller has also leaked an email that allegedly came from a DJI rep and it reveals the company's alleged tactics.

The said email says that DJI has only produced a small amount of the Mavic Pro to "comfort the market" and the said sender is convincing the reseller to have its customers stick with their purchase. As expected, this email has not been confirmed by DJI. It's worth noting though that Apple Store lists the drone with a shipping date of six to seven weeks. With these information, it's safe to say that the DJI Mavic Pro shipment problem is still ongoing.

Buyers are still getting their Mavic Pro. It's just that no one knows when exactly that would be. The company clearly wants the buyers to not cancel their orders, which simply means that they will actually ship the drones. The only problem is that they'll do it when they are ready.

DJI is a big name in the business world so it's safe to say that they know better than to get a stained image. If they could at least provide honest information to their trusting buyers, this problem may solve itself. Most of the buyers' hatred roots from being kept in the dark and being given details that doesn't seem to be true. Some customers may not be in a hurry to get their units, they just want solid info on the actual shipping dates. It's a bit frustrating to think about spending your money for a product with an uncertain release date. Hopefully the company finds a way to give their buyers their Mavic Pro drones before the holiday rush starts.