Justin Bieber: The Ladies He Dated & Why It Never Worked Out With Selena Gomez 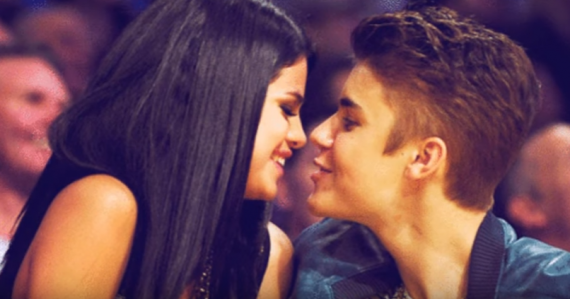 Aside from his worldwide popularity as a singer, Justin Bieber made rounds on the web with his list of controversial romantic affairs. (Photo : AbnormalAnja/YouTube)

Canadian singer and songwriter Justin Bieber never ran out of headlines. From his blockbuster world tours to his highly controversial love life, Justin indeed deserves to be rostered in Forbes’ Top 10 Most Powerful Celebrities in the world.

To highlight his romantic side, his relationship with actress and singer Selena Gomez has earned millions of supporters despite their on and off status. Theirs is a young unbreakable love that is strongly followed by avid fans in various countries.

The famous former sweethearts have always been linked to each other despite their breakup that happened a few years ago. Their split was widely talked since their followers were madly impacted of their separation.

Recently, rumors have it that while currently undergoing rehabilitation for her personal and health issues, Gomez, was claimed to have been visited by her former beau. Bieber has been allegedly paying for her course of therapy as his means of making up for their failed relationship, which he was accused of cheating Selena many times.

But the two couldn’t resolve their issues as Bieber is reported every now and then to be spotted with various ladies, one reason why they couldn’t work things out well. It seems that the “Never Say Never” hitmaker is enjoying his single life that entitles him to date as many beautiful women as he can.  The list of the ladies that Bieber has dated is but impressive. Check their profile below.

Sahara Ray.  She made rounds on the web when Justin’s lavish Hawaii vacation photos circulated last August with the gorgeous model. Sahara is the lovely daughter of the famous Australian surfer Tony Ray and runs her own swimwear line, Sahara Ray Swim featured on her website.

Ashley Moore. In March 2015, Bieber and model Moore were spotted cozying at a Clippers basketball game in LA. Despite their flirty gestures, the two were noted by a source to be “just friends.”

Hailey Baldwin. Known to many, Justin and Hailey are long -time pals not until 2015. They spent New Year in a tropical location as evidenced by their Instagram photos that include a shared passionate kiss between the two. Baldwin, in an interview, opened up about their status stating "We are not an exclusive couple. He's about to go on tour. Relationships at this age are already complicated, but I don't really like to talk about it because it's between me and him."

Chantel Jeffries. The Wilhelmina model was speculated to have dated Justin after she was seen riding and driving with him in his luxurious yellow Lamborghini in 2014. Prior to that, she was seen vacationing with Bieber in Panama just days after he was arrested for reckless drag racing in Miami.

Yovanna Ventura. Justin and Yovanna were cited to have dated in 2014 and again in 2015. They often shared intimate photos of each other on their social media accounts and Yovanna was present in the singer's 21st birthday on a private island back in March 2015.

Selena Gomez And Justin Bieber Rekindle Their Romance? Everything We Know About Their Possible Reunion

Despite their endless feud following their controversial breakup, Selena Gomez and Justin Bieber are hinted for a big reunion in the upcoming American Music Awards on Nov. 20. A rekindled romance is highly possible as both stars are single and often tease a strong love to each other.

Justin Bieber spent his recent Hawaiian getaway with his new girl, Sahara Ray. We have learned interesting things about this beauty that will surely wow everyone.

According to a report from The Sun, the Air Jordan 1 OG Dior shoes were on sale in the UK at the fashion house's flagship New Bond Street store and nearby Selfridges for $2,270 for the high-top version and $1,890 for the low.