Why Robert Pattinson And Kristen Stewart’s Stubborn Romance Is Unbreakable 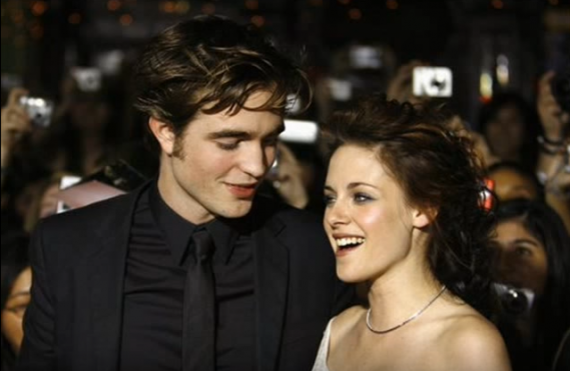 The real-life love story of "Twilight" stars Robert Pattinson And Kristen Stewart is not bound to last for a long time. The couple had overcome a lot of trials but still theirs is a broken romance. (Photo : ketssybabe/YouTube)

Reality bites. Celebrity couples are married to gossips and they cannot escape the fact of being stalked and robbed of their private lives.

One of Hollywood’s famous romantic partners whose love stemmed from a movie is Robert Pattinson and Kristen Stewart. Their love story began in Stephenie Meyer’s “The Twilight Saga” that consists five installments of fantasy films that resulted in blockbuster hits. Yes, their chemistry on screen as Edward Cullen and Bella Swan is perfect just as their lovely physical attributes and their incredible performances.

Despite their controversial breakup (a few years ago) that rocked the press and their fans in various countries, the former sweethearts remain to be favorite subjects of various headlines. As their followers found it difficult to accept their separation, they were speculated to be getting back together and embroiled in a secret affair as both stars are already tied with their respective new partners.

Just last month, Stewart’s response to an interview sparked accusations that she “wanted the best bed scenes” with FKA Twigs’ fiance. The “Snow White and the Huntsman” actress fearlessly revealed that she disliked the sex scenes in the famous vampire films and that the lovemaking scenes were not interesting.

“It had to be transcendent and other worldly, inhuman, better sex than you can possibly ever imagine, and we were like, ‘How do we live up to that?’ It was agony. Which sucks, because I wanted it to be so good,” Kristen said.

The same report noted that Stewart and Pattinson have been discreetly seeing each other so as not to be caught by their partners. Sources have it that the former pair were spotted flirting in a restaurant in Los Angeles.

At this writing, their alleged rekindled romance is far from being over. Their once great love for each other seems to be unbreakable despite the ugly storms that they weathered. They had a difficult past to recall with. Take it from the intimate photos of Stewart and director Rupert Sanders that went viral in magazines and on the web. Stewart admitted how sorry she was with the ugly affair and her apology was accepted. She got back with her “Twilight” co-star but trust issues caused them to finally head to Splitsville. Sigh.

As Movie Pilot said, “Being so closely aligned with the characters in arguably the biggest teen romance story for decades is undoubtedly the reason why numerous Robsten accounts exist on every platform from Tumblr to Twitter, desperate to keep the illusion that the couple is somehow still together alive. All this despite the fact that RPatz and KStew have been separated for over three years.”

Stewart can only agree. In an interview with The New York Times, she shared her thoughts about her relationship with the English actor.

“People wanted me and Rob to be together so badly that our relationship was made into a product. It wasn’t real life anymore. And that was gross to me.

Despite numerous split rumors thrown at them, Robert Pattinson and FKA Twigs remain strong in their relationship.

Kristen Stewart admits to have disliked the love scenes she filmed with Robert Pattinson in "Twilight." The former couple were rumored to engage in secret dates despite having steady relationships.

Robert Pattinson made a huge buzz the other day when he commented about a possible reboot of "Twilight". However, the other cast of the iconic saga haven't commented on the topic yet.

On April 9, Kristen Stewart turns 27. The awkward “Twilight” star is no longer a bumbling teenager, but a grown woman of today.

Robert Pattinson Calls Out To Pres. Donald Trump For Throwing Shade All Over Twitter About Kristen Stewart

Kristen Stewart recounted Pres. Donald Trump's previoous tweets about her cheating scandal which surfaced years ago. Following this, Robert Pattinson also called out to the president for throwing shade on ex via Twitter.

Robert Pattinson and fiance FKA Twigs were spotted out on a dinner date despite rumors that they have called off the wedding and broken up already.