Diablo 3 Necromancer: Everything You Need To Know 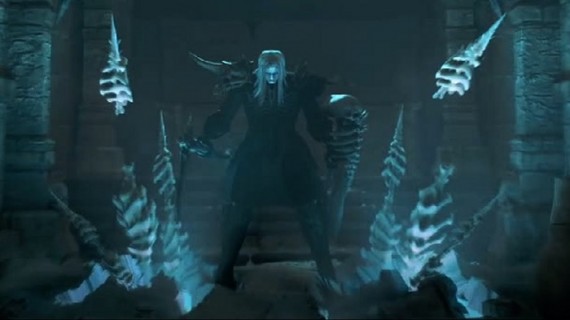 Blizzard has finally unveiled the coming of the Necromancer in Diablo 3 next year as part of a pack. (Photo : E13MENTER/YouTube)

Necromancer is making a return to Diablo 3 soon. Yes, you read that right! Blizzard just announced it at BlizzCon, and sure it was a huge reveal. The said character will be introduced through a brand new pack titled Rise of the Necromancer. Although the content's price remains unknown, it's slated to arrive next year. And what's even more interesting? Two more character slots will be offered as well as a couple of cosmetic upgrades. It's definitely a good day to live, eh?

What Is The Necromancer In Diablo 3?

Obviously, for the hardcore fans, you definitely have an idea what this character will be in Diablo 3. Anyway, for the sake of education, the Necromancer is deemed to be the next playable class in the game. This one here will be part of the current roster, composed of Barbarian, Crusader, Demon Hunter, Monk, Witch Doctor and Wizard.

Necromancer will display the practice of dark arts in Diablo 3, drawing magic from death itself (how cool is that, right?). Players, thanks to this character, will be able to spearhead a legion of armies (they call them the Risen Warriors). And remember: you can make those corpses explode! Talk about bomb them to death.

Apart from unlocking the upcoming Diablo 3 character, players will also acquire an in-game buddy -- a pet basically. Adding to the aforementioned two character slots, two additional stash tabs are also expected (though this one here is for PC players only). Moreover, fans will be given new portrait frame, banner and banner sigil, pennant and banner.

As of this writing, Blizzard is yet to settle on the final whatnots for the said Diablo 3 character. One thing's for sure though: the Necromancer will and will only be available for the Rise of the Necromancer pack. In order to do so, players need to ensure that that they have the base game (duh?) and the Reaper of Souls content. And oh, the money of course. As for console (PlayStation 4 and Xbox One) players, the Ultimate Evil Edition is necessary.

First and foremost, the Necromancer for Diablo 3 is still in development. Hence it's hard to say if whether or not a female character will happen. However, Blizzard did confirm that they're working on it. It's just that the model isn't ready, thus can make any promises.

Necromancer Vs. Witch Doctor In Diablo 3

Sorry to burst your bubbles, but yeah, the two Diablo 3 characters are very much different. Witch Doctor, in particular, tries to draw powers or magic straight from a certain spiritual connection. The latter is done from an infamous realm called the Unformed Land. In a sense, this character is kind of light-hearted in terms of supernatural powers.

The Necromancer, on the other hand, is on a darker note in Diablo 3. And with that, this character has a more controlled gameplay, which is heavily focused on two things: blood and bone. Players can expect this one here to be an expert when it comes to reanimation and curses.

To know more about the Necromancer in Diablo 3, be sure to check the game's official site here.

What are your thoughts on the Necromancer in Diablo 3? Anything else you're expecting from the character? Share to us what you think at the comment section below!

It seems Overwatch players are only a few days from experiencing Sombra. For now, here are her supposed skills or abilities.

The fictional CEO of LumeriCo in the Overwatch Sombra ARG has stepped down. Could this mean the hero's release at BlizzCon?

Season 21 will begin July 3, shortly after our next Diablo III patch. Read on to learn more about the brand-new Season buff, new class sets, and a handful of item and skill adjustments coming in Patch 2.6.9! We are expecting Patch 2.6.9 to be released on June 23.