2016 Roundup: Is The OnePlus 3 The Best Smartphone Of The Year? 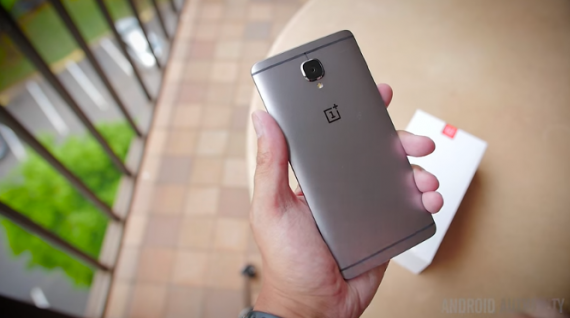 The year is coming to an end and we have seen a bunch of new smartphones enter the market. (Photo : Android Authority / YouTube)

This year has probably seen the best of the best in smartphones ever. If it weren't for the explosion cases of Samsung's phablet, there may not be a lot to complain about. Needless to say, if there is only one spot for 2016's best smartphone, the OnePlus 3 has a good chance of snagging it. Everyone may have their own bet as to which phone is the best. However, based on overall value, it's undeniable that OnePlus 3 is hard to beat. If you're not convinced, here's a quick assessment.

The OnePlus 3 is priced $399 at launch. It's worth noting that the Samsung Galaxy S7 Edge and the iPhone 7 Plus are at the $770 to $780 mark. OnePlus's flagship-for-half-the-price offer is pretty visible when you compare it with its premium competitors. The OnePlus 3 is basically a flagship, it's just not priced as such. It's price is comparable to the prices of higher midrange smartphones but OnePlus' phones offer more than what you can get from a midrange phone.

Just like all smartphones, the OnePlus 3 has to sacrifice some things to balance the deal out - just like how Samsung and Apple compromised the price for the premium features. As for the OnePlus 3, the display isn't exactly topnotch. It's a good 1080 x 1920 pixel resolution that may not be bad at all. It's just not comparable to the S7 Edge's display that has 1440 x 2560 pixel resolution. But come to think of it, OnePlus 3 shares the same resolution with the iPhone 7 Plus.

Furthermore, OnePlus's 2016 flagship doesn't have a microSD slot which may not be very appealing to some. However, it's also worth noting that the iPhone 7 Plus also isn't equipped with a microSD slot. However, Apple's latest device has multiple storage options that you can choose from. As per GSM Arena, the OnePlus 3 only has a 64 GB storage option, which actually isn't so bad. If you're not that much of a heavy user and if you have already proven yourself okay with last year's 16 GB smartphones, then OnePlus 3's storage should be more than enough for you.

OnePlus 3's overall specifications clearly suggest that the phone is uber-powerful and in no way inferior to its expensive competitors. It is undeniably ahead when it comes to RAM size and it's also competitive when it comes to camera, battery and processor. It's worth noting that OnePlus 3 has 6 GB RAM while the S7 Edge has 4 GB RAM and the iPhone 7 Plus has 3 GB RAM.

The OnePlus 3 comes with a 16 MP/8 MP camera combo, 3000 mAh battery and a powerful Snapdragon 820 processor. Just like all premium smartphones, OnePlus 3's latest masterpiece also has a fingerprint sensor. Overall, this phone is pretty much a dream come true to consumers and a nightmare for premium phone makers.

Moto Z2 Force vs. Samsung Galaxy S8 Plus: Which Smartphone Is More Powerful?

The new Moto Z2 Force is expected to go head-to-head with the famous Galaxy S8 Plus.

OnePlus 5 vs OnePlus 3: What Is The Difference?

The OnePlus 5 features a 5.5-inch AMOLED display, like the OnePlus 3T and OnePlus 3. Despite rumors of a display size decrease to 5.3-inches, this turned out not to be the case for the new device.