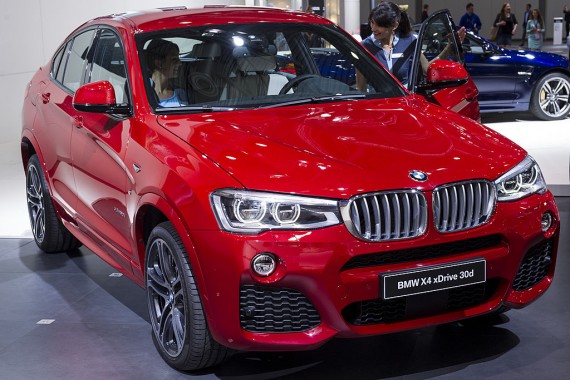 Most major car manufacturers have already revealed their crossover SUVs for 2017. Which of them is on top? (Photo : Photo by Jens Schlueter/Getty Images)

2016 car shows are almost over and almost all major car manufacturers have already revealed their new line-ups for 2017. We have conducted research over the Internet and listed down what consumers think are the best.

Consumers chose each crossover based on six criteria, namely; value, reliability, comfort, quality, performance and styling. In no particular order, here is the top five:

The Benz GLC has a four-cylinder 2.0liter turbo engine that packs 241 Horsepower. It has been rated the fourth among 19 that was tested for fuel economy and rates 22 miles per gallon in the city and 28 on the highway. Mercedes still shows of their luxurious design with this sleek midsize SUV. You may not want this if you are looking for a bigger engine, however, 241 horses in a four-cylinder engine may be enough for those long drives.

This Audi is equipped with a 200-horse power 2.9liter four-cylinder turbo engine. It is scores number 15 in fuel economy with a rating of 20 miles per gallon on the city and 28 on the highway. It may not be as spacious as the rest of the list, but who wants space when you can feel like James Bond in an SUV?

A 2.0 liter four-cylinder SkyActiv-G engine powers this Mazda that gives 146 horsepower to the wheels. With a score of 29 miles per gallon in the city and 34 on the highway, it is no wonder this Japanese crossover scored number one in fuel economy. Long drives no longer need to be a drag as Mazda puts in comfort, sharp and sporty looks, and good handling to the formula of this crossover.

This German SUV shows off with its 4.4-liter V8 twin turbo engine that packs 567 horsepower. With a massive engine, it only manages to score a rating of just 14 miles per gallon in the city and 19 on the highway. This models navigation has been updated to iDrive 5.0. The X6 M still shows off with the classic BMW look while keeping good handling and a lot of options for buyers.

Fitted with a 2.0-liter four-cylinder turbo engine that gives out 240 horsepower to the wheels. It scores 20 miles per gallon in the city and 28 in the highway. This may be the smallest SUV on the list but is still something to consider. This tiny SUV adds style with proper handling and engineering to provide you with a fun enjoyable ride.

This top five is only based on what we found on the Internet, no need to fret if the SUV Crossover that you are targeting is not on the list. Regardless of what the ratings say, we will let you decide on what you think is the best for 2017.

Audi A5 Cabriolet: Everything You Need To Know About The New A5

A new convertible was just introduced by Audi and it has come to rival the Mercedes S Class and the BMW 4 Series.

SEMA introduced a huge variety of promising concept cars on their 2016 Show.