Will Smartwatches Fade Into Nonexistence Within The Next Few Years? 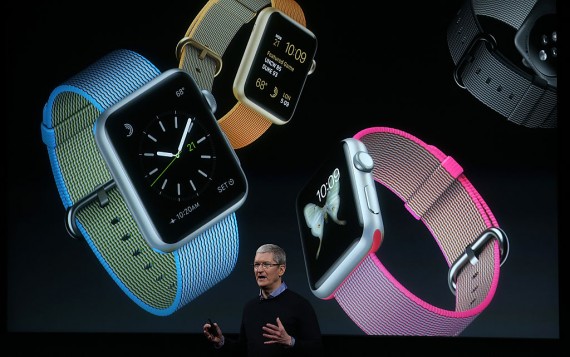 The smartwatch revolution never really happened. Will it be over for smart wearable devices soon? (Photo : Photo by Justin Sullivan/Getty Images))

When the smartwatches were first introduced, they was supposed to be the next big thing. Though it promised us to be more efficient than a smartphone, users found out that it wasn't that much of a game changer at all. In fact, it only made things that users could do in their smartphones longer to do. The only redeeming feature of the smartwatches was the "locate your phone" feature that really helped a lot of people who frequently misplace their smartphones.

According to a written article at Gizmodo, the market intelligence firm IDC reported on Monday that smartwatch shipments are down 51.6 percent year over year for the third quarter of 2016. Based on the report filed by IDC, only Garmin did well over the last year which increased its sales by 324 percent. It is believed due to the fact that Garmin's smartwatches focused more on fitness and health while other smartwatches such as the Apple smartwatches fouced more on fashion.

According to an article at The Verge, in the latest CES (Consumer Electronics Show) event where the biggest and most ambitious companies in technology, automobile, and entertainment gather to talk about the future, there was no buzz about smartwatches. It just shows that smartwatches is not really that of a "game changer" that it was supposed to be. It is also important to point out that unlike smartphones, "fitness and health" focused smartwatches does not really call for a large audience.

What Is Wrong With Smartwatches?

Aside for the fact that it is quite pricey, it fails to compete with the fast paced used of smartphones. Remember, it was initially introduced as something to replace smartphones.

In the previous smartwatches, it was really, really tiresome just to reply messages. There was also the battery issue which makes traditional watches better, because you need not to charge it or bother to worry about battery life. Another problem was the connectivity. It had a very hard time in connecting to your smartphone.

So basically if you take away the smartwatch's feature of connecting to your smartphone (which was the very reason why you bought in the first place), it won't be any different compared to the traditional watch. The only difference is that it has a couple of apps like calculator, photo and video viewing, screensaver, camera, etc.

But Smartwatches Are Improving These Days.

Yes, the new Apple Smartwatch Nike+ lets the user answer messages quickly, has a more stable connectivity, improved battery life and has a new cool health and fitness feature. But still, it doesn't change the fact that smartphones are way more capable and has more features to offer.

With the average people who cares about spending money wisely, how many people are into running and swimming these days? How many days per week and hours? With the swimming and running, it gives an accurate reading. But when using the Apple Smartwatch Nike+ in working out in the gym (lifting weights), it failed to deliver unless it was assisted with an external heart rate sensor.

What Is The Future Of Smartwatches?

As of now, with smartphones getting more high-end and offering more features like the Google Pixel adapting virtual reality through the Google Daydream View VR or the upcoming Mircosoft Surface Phone that aims to be a laptop wrapped into a phone, the smartwatch has a long, long way to go.

There are only two ways for it to survive: one is change its idea of replacing smartphones and the other is be able to compete with smartphones which somehow be wishful thinking right now. But though it seems to be wishful thinking, critics believe that by 2020, smartwatches may have its place in the market.

HTC Is Giving Away Free Smartphones Every Friday In The US

Free Fone Fridays from HTC will offer up a Free Handset each week until the year ends.

The hottest leaks of the Samsung Galaxy S8 so far pertain to powerful graphics chips and VR technology.