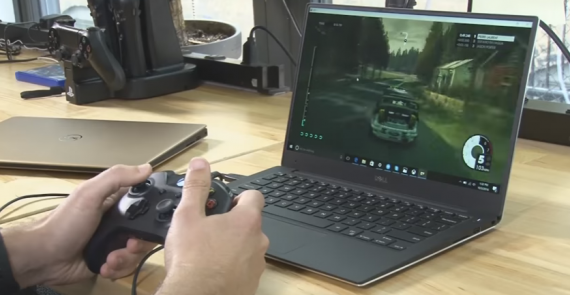 2016 has been filled with the most high-end smartphones and laptops. Included in the list are devices from Samsung, Apple, OnePlus, HP and more.2016 (Photo : Laptop / YouTube)

We're just a month away from the holiday shopping rush and every shopper knows how exciting this part of the year is. For people who are more attracted to gadgets than to clothes and appliances, lucky for you. This year has seen some of the best gadgets ever. Had Samsung saved itself from the controversial rut it has been in, the Note 7 could have been one of the best gift ideas this coming shopping season. Needless to say, there's a bunch of other gadgets to choose from. Here's our quick list of it.

If you're looking for a good smartphone to buy before the year ends, there are a number of options that come to mind. For Android picks, there's the LG V20, OnePlus 3, Samsung Galaxy S7/S7 Edge, Pixel XL and HTC 10. For iOS, there's the iPhone 7 and 7 Plus. All of these have their own perks but if you're into value for money, the OnePlus 3 is the best choice. Not only is it about half the price of everything else in here, it's also undeniable at par with all the expensive smartphones. 3000 mAh battery, 6 GB RAM and Snapdragon 820 processor for just $399 is simply tempting.

The LG V20 is also one good option if you want a unique phone. As per GSM Arena, it's got a 2.1 inch secondary screen so it's kind of one-of-a-kind. It also runs Android Nougat from the box, which gives it edge over its competitors. The Pixel XL is also another good choice if you want a Nougat-running smartphone. It's pretty much like the LG V20, only that it doesn't have a second screen and it is Google owned which means that there's a good chance that it will be getting Android updates for the next years.

If you have been a fan of Samsung for the past years, you can go for the Galaxy S7 or S7 Edge. These are actually good Note 7 alternatives for people who had to give up their phablets during the recall. Furthermore, the HTC 10 is also one good premium Android that offers superb display and powerful processor. As per HTC's site, the HTC 10 has a $699 price tag, which is actually a tad lower than its competitors' prices. For iOS fans, the iPhone 7 Plus is your best choice this year. Its dual-cam, improved battery and fast processor makes it a regret-free option if you're really an iOS guy.

For people looking for a great laptop deal, there are only two models that come to mind - the Kaby Lake powered Dell XPS 13 and HP Spectre x360. Not only are they running the most powerful processor, they are also less expensive than other brands. The MacBook Pro 2016 and Surface Book 2016 are also powerful laptops, but they come with some extra perks that make them more expensive than your HP and Dell options. It practically depends on your preference. If you want a MacOS laptop with the famous Touch Bar and Touch ID, the MacBook Pro 2016 is a fine deal. If you want a 2-in-1 laptop with top-tier specs, Microsoft's revamped laptop is the best pick.

For people looking for laptops that are less expensive than mentioned above, the Asus ZenBook UX305, Lenovo Miix 510 are great deals for you. They are not only premium looking, they have great specs too. The Miix 510 is an elegant hybrid laptop while the Asus Zenbook is a good MacBook alternative. The low-end but affordable Miix 3 10.1 inch is also a satisfactory deal for Lenovo fans.