Top 3 Reasons You Should Buy The MacBook Air Now 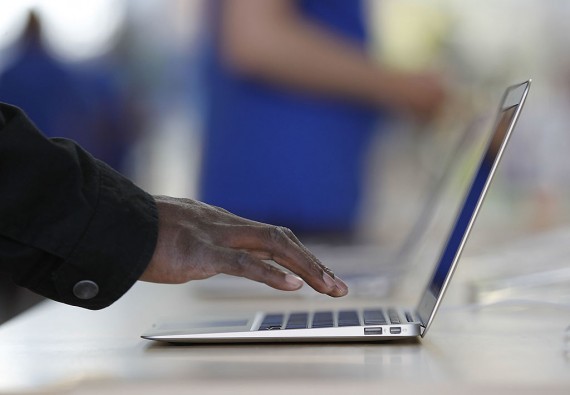 The 2016 MacBook Air is a powerful laptop and here are 3 reasons why you need to buy one. (Photo : Brian Kersey/Getty Images )

During the past few months, rumors have been flying that the latest MacBook Air will be the last of its kind, but there is not confirmation yet of that rumor. It seems that the 2016 MacBook Air is not receiving any love and recognition that it ought to have. Some say it is due to the fact that is being overshadowed by the 2016 MacBook Pro. But thinking about the 2016 MacBook Air, is it worth buying? Here are the top 3 reasons and other reasons why you should buy one according to a written article at Laptop Mag:

There has been no laptop up to date that can match the battery life of the 2016 MacBook Air. It is quite vexing the need to be always in constant alert in saving battery life and worrying if there will be a place you can recharge, especially when traveling. Another problem about always recharging is that it depletes the battery performance of your device.

If you're going to say not to constantly recharge it or use it always is a crazy. If you're going to do that, what was the first point in buying the device if you're not going to use it? Especially like a laptop or cellphone.

3. Great functionality (Ports and other things)

With the ports, it sports "MagSafe" connectors. This is a great thing, because it means that users can send power, data, and video over a single connection without needing to through the hassle of finding empty ports to plug in your external devices.

Though the 2016 MacBook Air has a 5th Generation Core Series processor and a low resolution 1440 x 900 screen, it still is capable of competing with other new laptops. There might be some issues depending on the user's preferences, but in terms of functionality and performance, the 2016 MacBook Air is worth buying under a $1000 budget.

Apple is brand known for its tech prowess and somewhat expensive price tags. But even with that, most of their products is guaranteed to be worth the money you paid for. And given that they are offering the 2016 MacBook Air below $1000, this is a smart buy for anyone who wants a powerful laptop.

If you want to know more about the specs and features about the 2016 MacBook Air, here is a list at Apple's official site: Apple.

LG V20 Getting Distributed In Other Countries: Will It Receive The Same Backlash?

The world class LG V20 that turned heads about its impressively advanced camera specs is now getting shipped to more countries.

With soaring car prices, diesel vehicles still continue to win the hearts of road users who want to minimize costs.

Will The Impending EV War Be Fought By Apple And Tesla?

Apple’s rumored project Titan may be on its way to be a true rival for Tesla motors.