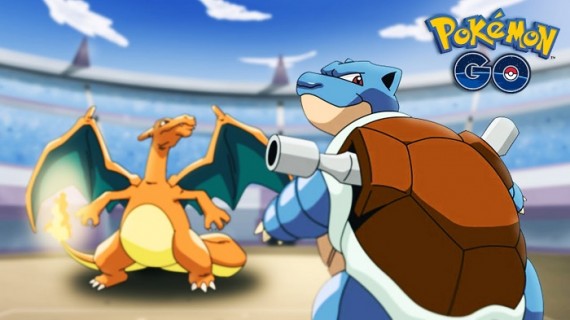 The best way to win gym battles in Pokemon GO is knowing which Pokemon has the best moveset for attacking. (Photo : JoblessGarrett/YouTube)

Pokemon GO isn't all about catching rare and/or typical creatures. It's not just about being able to capture them all. In one way or another, players need to understand the importance of winning gym battles. After all, it's part of the game's gameplay. So, brace up and follow this guide -- it's going to teach you the best movesets and attack specie to use to dominate in those fights.

Thanks to the Pokemon GO community called GamePress, a list of the best and apt Pokemon for attacking various gyms has been made. It basically details the respective rankings of these creatures, as well as a couple of advices on how to use them accordingly. It'll help players determine which one is suitable for the aforesaid strategy.

Overall, there are a total of 4 Pokemon GO species -- namely, Lapras, Exeguttor, Snorlax and Dragonite. Lapras is all about giving out the titular Frost Breath and the Blizzard. Exeguttor boasts its Zen Headbutt as well as the epic Solar Beam. Snorlax, on the other hand, can use Lick and Hyper Beam/Body Slam. This Pokemon can also go for the Zen Headbutt accompanied with a Hyper Beam. Last but not the least is the famous Dragonite, which showcases the Dragon Breath and Dragon Claw.

What Are Pokemon GO Movesets?

In a sense, movesets are what Pokemon GO monsters use to take leverage over their opponents. It's basically a combination of charge and quick attacks. It should be noted, though, that there are movesets that tend to have specific advantages over the others. This same with the fact that there are movesets only good for defense. So, if players plan to take over a gym, it's always better to go for a Pokemon with a powerful movesets.

The Importance Of Knowing The Best Pokemon GO Attackers

This one here is really obvious and self-explanatory for Pokemon GO players. Nonetheless, the purpose of it is for players to be able to attack and capture gyms in successions. After all, doing so can result to greater rewards and/or XP boosts. Now, when players are able to take over a gym, it's best to select which Pokemon is good for defending. The logic here, as detailed as it may be, is quite simple really.

According to Mic, one of the biggest features possibly coming to Pokemon GO is the Face-To-Face battle. And if this is really the case, say, Niantic eventually adds it, the capability of knowing which Pokemon attacker is suitable can come very handy. Why? That's because players can use or throw away a certain creature at point blank. And yes, this can be done without even look at the entire Pokedex. This is definitely a huge advantage for any player out there.

What are your thoughts on this Pokemon GO guide? What can you say about the aforementioned best Pokemon attackers? Have you given this a try already? If so, how was the experienced so far? Be sure to share with us what you're thinking at the comment section below!

Interesting things are coming to Pokemon GO soon! Here, check them all out!

Wondering what sort of Pokemon GO creatures are coming via Gen 2 update? Well, check out the full list here!

Excited about the Pokemon GO Gen 2 update? Well, for now, here are 5 final evolutions to look forward to!