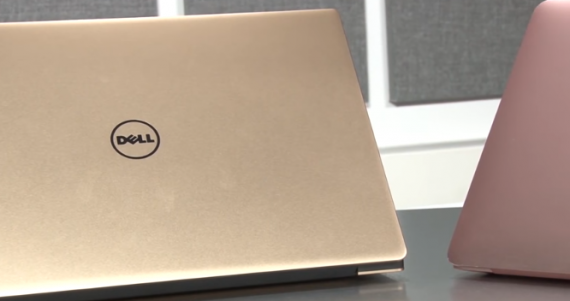 When the new MacBook Pro came out this 2016, it kind of got a mixed reaction from the consumers. While most Apple users are happy to upgrade to the new laptop after years of waiting, there are some people who think that the MacBook Pro 2016 is too expensive and slightly not worth it considering the lack of good upgrades. Let's compare it with one of the most popular 2016 laptop of choice Dell XPS 13 to find out whether the MacBook Pro 2016 is a good buy or is it way too pricey based on current standards.

It's worth pointing out that the least expensive MacBook Pro 2016 has two USB C ports while the 13 inch Touch Bar variant has three USB C ports and the 15 inch model has four of these ports. Also, those prices are just starting prices as buyers can choose to have higher laptop configurations for additional costs. As per Tech Radar's report, the ultimate MacBook Pro 2016 can cost up to $4299. This price, of course, doesn't include the accessories that you may or may not find necessary.

The $1649 priced Dell XPS 13 is a 13-inch laptop that boasts of its vivid touchscreen and Infinity Display, CNET reported. The said Infinity Display is basically a narrow bezel that gives the laptop screen a pure-display look. Internally, the Dell XPS 13 is stuffed with a 2.2 GHz Intel Core i7 processor, 8 GB RAM, 256 GB storage and Windows 10 Home operating system. This model is the latest reiteration of the XPS 13 which is why it is running the latest and most powerful Intel processor.

Overall, the Dell XPS 13 is more expensive than the previous release but it's undeniably more powerful as well. The laptop's almost bezel-less look, touchscreen display and hefty internals makes it arguably the best laptop this season. It doesn't have the extra goodies like a Touch Bar, but it can do everything you'd expect in a pricey laptop.

As a whole, price-wise, the Dell XPS 13 is a regret-free buy. It's already expensive as a laptop which means the MacBook Pro 2016 can already be considered a splurge. The Apple laptop isn't even the touchscreen laptop most people expect from such a premium brand. Nevertheless, if you're indeed a MacOS user for the longest time it's understandable if you'd rather go for the MacBook Pro 2016 instead of the less expensive Windows options. If not, you'd really need to weigh things out before making any purchase.

The Microsoft Office is now optimized for MacBook Pro with Touch Bar usage.