Tesla Update: SuperCharger Network Use Will No Longer Be Free Next Year 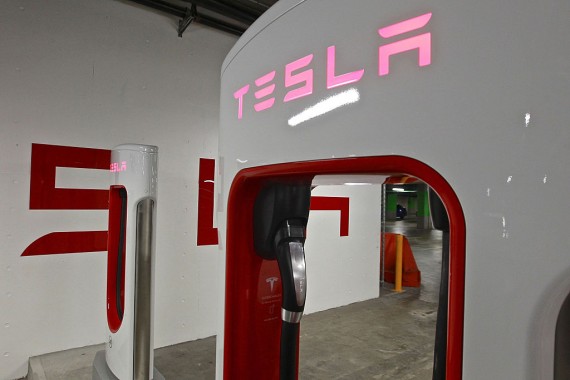 The Supercharger Network, the world's fastest charging solution that enabled convenient long distance travel was introduced by Tesla four years ago. This allows more than 160,000 Tesla owners to drive conveniently across the continental U.S., from the Arctic Circle to the south of Spain, and across the population centers in China and Japan.

More than 4,600 Superchargers are around the world to service charging for the Tesla cars even when they are traveling or when they are away from their homes. Tesla mentions that the network is designed so that customers can have a seamless and convenient charging experience. Tesla Model S and Model X owners have been getting free access to the network.

This was truly an innovative and very convenient feature that Tesla provides its customers, however, all these will no longer be free by January 1. According to Green Car Reports, Tesla owners will no longer have free access to the charging network and will start charging anyone who buys their cars. Tesla will still give annual credits of 400 kilowatt-hours of free charging to customers who buy their car after January 1. Once exhausted, charging will cost a small fee. The price of charging in the Supercharger network was not disclosed yet by, however, Tesla mentioned that it would be cost less than the price filling up a gas car.

Current Owners Are Not Included

Fortunately, current Tesla car owners will not be included in this new policy. Customers who order before January will also not be included as long as the delivery comes before April 1. Tesla will continue installing the Supercharger network hardware in all its cars as a standard. The car company also noted that the prices may fluctuate over time, and that will depend on the cost of electricity. Even with the charges involved, Tesla claims that the network will not become a profit center. To avoid costs, Tesla said that the best way to charge the car is at home or at work, or whenever the car is not being used. The company wanted the Supercharger to be used only for long distances and at least as a last resort for power.

Tesla cars are luxurious in its own way, although the cars are expensive, it does save the environment by not using the usual fossil fuel. The cost to use the Supercharging network may have been inevitable but should still work out for the best on our way to a renewable power source. Tesla has always been innovative from the start, but the company has also paved the way for electric vehicles. The company, either by purpose or not, has forced other manufacturers to also create their own versions of EVs. With that move, the supply will become greater and the demand will lessen. Which in turn, should make electric transportation cheaper in the future.

One of the newest technologies in cars is the ability to drive autonomously even on public roads. Questions have risen on how this feature can affect pedestrians and other road users.

Continental AG makes unlocking cars more convenient by using the owners’ smartphone rather than the car keys and remote.

Tesla To Incorporate All Units With NVIDIA Processors

Graphics specialist NVIDIA gains a big win with Tesla motors as the two companies’ plan continue to progress in their quest for the ultimate autonomous car.