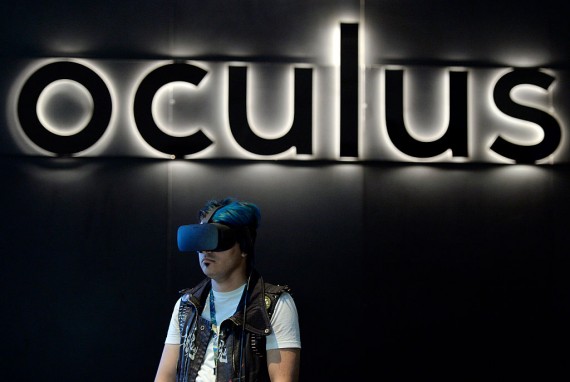 Oculus Touch comes priced affordably at $199, which is around 4 times cheaper than the HTC Vive. (Photo : Kevork Djansezian/Getty Images)

Asynchronous Spacewarp is a truly remarkably technology, according to tech experts. The technique is, in fact, very simple. It ensures that the viewer doesn't experience any tearing or flickering by inserting a copy of the previous frame into the void if it detects that the system is about to drop a frame.

The main benefit today to Oculus' Asynchronous Spacewarp is to reduce the hardware requirements for PCs that power Oculus Rift and other current generation VR headsets, but the technology could be also used one day for standalone VR headsets that ARM, Intel and Oculus are working on. Minimum specs for Asynchronous Spacewarp now include an Intel Core i3-6100, Nvidia GeForce GTX 960 and 8 GB of RAM.

By supporting these lower-end specs, Asynchronous Spacewarp will make VR headsets more appealing to users who can't afford to spend out a lot of money for expensive PCs. But the technology has its limitations. Oculus warned in a blog post that below half the display's refresh rate Asynchronous Spacewarp doesn't scale well. As a result of imperfect extrapolation, there may be visual artifacts present, depending on what's being displayed. That could to several issues, including rapid some objects that move too quickly to be rendered properly and brightness changes.

How Does Asynchronous Spacewarp Work?

Oculus explains that the Asynchronous Spacewarp technology works in virtual reality appications by extrapolating frames from the previous generated one. The feature sounds similar to Asynchronous Timewarp that was launched by Oculus alongside the release of the Rift VR headset. However, the difference is that the earlier technology can only extrapolate the head rotation of the user.

Whenever a virtual reality application misses a frame, the user experience drops because the VR world drags similarly to watching video in slow motion. But with Asynchronous Spacewarp working in tandem with Asynchronous Timewarp, the virtual reality content is kept running at 90 frames per second by largely reducing dropped frames even on computers with lower specifications.

Of course, the need for Asynchronous Spacewarp is less likely on more capable computers running the Oculus Rift. But Oculus' lowering of the minimum specs required for PCs to run the Rift VR headset positions the company better for competing in the virtual reality industry. There are other companies that launched their own VR headsets, including the PlayStation VR, the HTC Vive, the Samsung Gear VR and the Google DayDream View.

Oculus has updated its Rift virtual reality headset in order to implement better support for motion controls and room-scale VR.

According to a new report, Google is still working to develop a standalone, eye-tracking VR device.