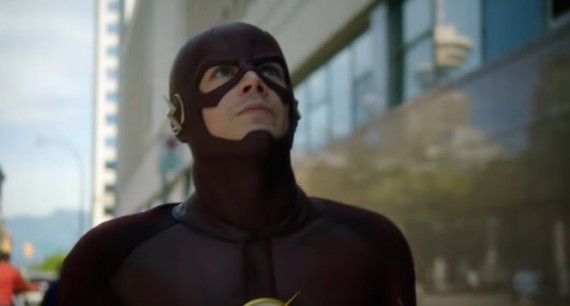 Doctor Alchemy's identity will soon be revealed and basing on the previous episodes, we already have a hint on who this sinister is. The Flash Season 3 Episode 6 will air tomorrow at 8 P.M. EST on The CW network.

Who is Doctor Alchemy?

There are a lot of speculations surrounding Doctor Alchemy's real identity but for avid fans and comic book aficionado, we all know who he is already. If our prediction is right, basing on the comic book itself, Julian Albert and Doctor Alchemy are the same man. Tom Felton(Draco Malfoy in Harry Potter Series) plays the mysterious role of Julian Albert. He is the prime suspect as the evil Doctor Alchemy.

There are a lot of theories that supports our claim. Remember when Julian only turned up after Barry(Grant Gustin) tried to fix the Flashpoint timeline? Well you might want to see that episode again as it directly implies on how Julian became the villain, Doctor Alchemy. If this theory is actually true, then we don't need explanation why Tom Felton stays close to Grant Gustin. We all know that they cannot stand each other's guts but Julian knows by staying close to Barry, he can watch every move and eventually destroying him.

The show is of course based on a comic book but some producers tend to change the outcome in the series. This is a way for them to maintain the surprise factor on what is going to happen next during the episodes. Although some fans don't like the concept, it is actually the best thing to do for the series to survive. Remember when we mentioned Julian is Doctor Alchemy? Julian's last name is Albert, same with Doctor Alchemy's alter ego(Albert Desmond). Both of them are chemist and love science.

Is There Any Proof That Doctor Alchemy's Identity Will Be Revealed This Season?

Why yes there is. In a recent interview with Entertainment Weekly. The Flash executive producer Greg Berlanti said that Doctor Alchemy's identity will be revealed in the middle of the season. He also talked about a major four way crossover shows that would need a group of superheroes to team up versus the growing numbers of the villains. The four way shows they are pertaining to are, Arrow, Supergirl, The Flash and Legends of Tomorrow. It would be on that episode when two mighty villains will appear and they will destroy everyone who comes near.

Fans will finally meet Savitar on the next two episodes as mentioned by the producers."People will have seen him before the crossovers [which will start with ‘Supergirl's' Nov. 28 episode]," Berlanti said. "He appears in episodes 6 and 7." Savitar has the same powers and capability as Barry but he's a little different as explained. "Savitar is more of a psychological villain in a weird way," Helbing said. "I think the Hindu word for Savitar means God of Speed; he's all about speed. Everything about this guy is different. I can't go into super detail, but he's not like Zoom [Teddy Sears] or Reverse-Flash [Matt Letscher]", Berlanti added.

'The Flash' Latest Updates: Iris Couldn't Be Dead At All

"The Flash" Season 3's recent episode featured the inevitable from happening but fans are speculating that Iris West might still be alive.

Countless television shows are going to be badly affected by a potential writers' strike unless the two affected parties reach an agreement before May.

'The Flash' Season Finale Spoilers: Will Barry Witness A Dark, Desolate Future? That And More, Inside

"The Flash" Season 3 continues to be on a spring hiatus until April 25th. That said, a number of fans are still clueless of what will happen in its season finale. Will Barry make it to the future to save the death of Iris?