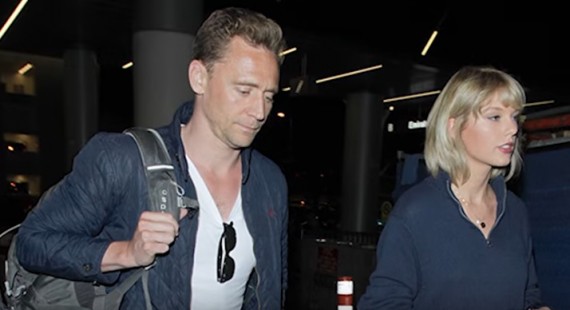 Usually when Taylor Swift is on the headlines, it is about her music and her storied relationship. This time it is different and it is very serious. The pop princess filed a lawsuit against a former DJ in Colorado for sexual assault.

DJ Caught Red-Handed; Photo Evidence That Would Send The DJ To Jail

When Taylor Swift and her representatives filed the initial lawsuit against the DJ, they didn't brought any evidence with them. The reason behind it is to make sure that the DJ is caught red handed and for the evidence to keep its secrecy.

However, in a stunning way, TMZ was able to get hold of that photo and they revealed it online. The picture says it all as the former DJ was seen grabbing the back part of Taylor Swift. The incident happened last October when she was in a backstage interview.

E! News And Its Exclusive Take On The Pop Star Princess

E! News and TMZ goes head to head in making credible news and headline. TMZ might have the pivotal photo evidence however E! News has a transcript of what Taylor Swift said during her ordeal. "Right as the moment came for us to pose for the photo, he took his hand and put it up my dress and grabbed onto my ass cheek and no matter how much I scooted over it was still there. It was completely intentional, I've never been so sure of anything in my life. Feeling violated in a way I had never experienced before" and was "stunned" at the situation" said Taylor.

"Well, before the photo was taken is when I saw him go to put his arm around her and him lift up her skirt. She reacted, pushed her skirt down, and jumped to the side and went closer to the girl that was with him," said Greg Dent. He tried to go to rescue Taylor Swift but Swift already made a moved when she cleverly went near the other lady. This was not the first time that the former DJ from Colorado had issues like this.

According to the reports, Swift and Mueller has some share of history together. Back in 2015, the former DJ accused Taylor Swift of false accusation due to groping incident which led the firing of the former DJ. Taylor then countered the lawsuit and promised that any money won from the trial would benefit charitable organizations "protecting women from similar acts of sexual assault and personal disregard."

Tom Hiddleston's Reaction On The Incident

Well, this is kind of weird to tell you honestly as we don't know if they were still together when the incident happened. Tom Hiddleston is the last or latest flame of Taylor Swift but there are rumors that they are no longer together. We don't have the real score yet on this two couples but we are hoping that they are still together. In other news, another superstar is being linked to Taylor Swift, and he's none other than The 6 God from Toronto, Rapper Drake.