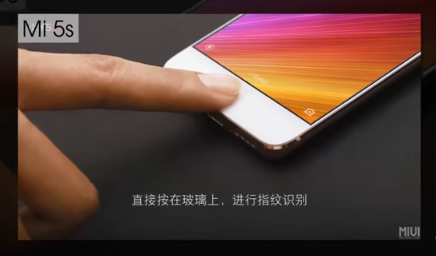 You don't have to spend a lot on a good smartphone. There are a bunch of affordable options that do not compromise quality. (Photo : Waqar Khan / YouTube)

Not everyone is a fan of expensive flagship phones. There are people who are happy to spend $350 max on a phone that can get the entire job done without problems. Clearly, you don't have to spend tons of money just to browse, text, call, etc. If you're not exactly easily moved by cool high-tech features, there really is no reason to buy smartphones that are more than $700. Sure, it's just a matter of pros and cons, but if you value money more than gadgets, buying expensive electronics is off the table. iPhones and Galaxy S phones are tempting deals, sure, but they're pretty expensive as well. If you're pro-savings, here are some of the best value smartphones that are under $350.

The Xiaomi Mi 5S is one of the latest Android devices released this year. It is a 5.15 inch smartphone with 1080 x 1920 pixel resolution. It may not be expensive but it does boast of Apple's popular feature which is the 3D Touch. However, of course, this feature is just available in the Mi 5S' highest model of 128 GB/4GB RAM. Nevertheless, this phone is clearly spec'd like a flagship but without a premium price.

As per Digital Trends, the Moto G4 is a great cheap smartphone with solid specs. It is said to be priced at $250 and it comes with decent cameras. The Moto G4 has a 16 MP/5 MP camera combo and it also comes with a solid platform. It is a Marshmallow running device powered by Snapdragon 617. Its 16 GB storage option has 2 GB RAM while its 32 GB storage option has 3 GB RAM. There's also a 64 GB storage option coming with 4 GB RAM. Moto G4 Plus' storage can also be expanded to up to 256 GB through its microSD slot. This phone also has a fingerprint sensor and a fast charging 3000 mAh battery.

The ZTE Max Pro is yet another option for a powerful but cheap smartphone. It costs less than $200 but it is a full sized phablet that's perfect for people who like big phones. This phone was just released last July and it boasts of its 1080 x 1920 pixel resolution display protected by Corning Gorilla Glass 3. The ZTE Zmax Pro runs Android Marshmallow from the box and is powered by Snapdragon 617. It has 32 GB of native storage but it can also be expanded through its 256 GB capacity microSD slot. It's got a 13 MP rear camera and a 5 MP front camera. The ZTE Zmax Pro also has a fingerprint sensor and a massive 3400 mAh battery.

Motorola smartphones get a massive discount on Amazon India. The price tags are as low as Rs 8,500.