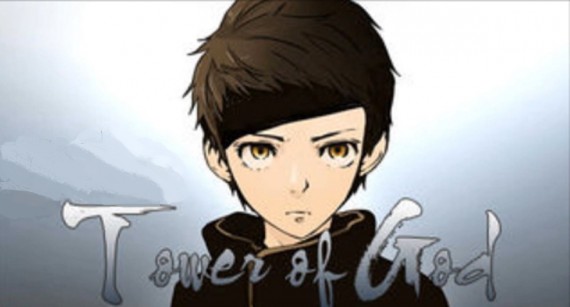 Korean webtoons are becoming the newest sensations! If you're not in the circle yet it is best to start with the action and fantasy genres. Most of these stories have seemingly weak main characters which evolved to be very powerful.

The so-called "Tower" is a mysterious structure in this world which is said to be able to give a person whatever he desires. Baam decided to climb the tower in pursuit of his best friend, Rachel. He is an irregular, meaning he is not bound to the rules of the tower, making him a good pawn for good people and evil alike. He also learns abilities very fast although he is the most beginner in his batch,

In the end of the season 1, he gets betrayed by Rachel. His friends thought he was dead but he was actually captured by an anti-government group, FUG, to use him to destroy the tower. Both the art and the story are good for readers. The main character is quite badass especially when he had long hair and dressed in black in season 2 when he took the identity of Jue Viole Grace. This gave me the "Sword Art Online" feels with tower climbing and all.

In this world, people have their guardian gods since birth which determine their power and standing in society. Those with weaker gods cannot attend school and are always bullied. The gods appear to grant one wish and disappear, after which the human can use its power. Irang's god is a lame cat - at least that was what he knew until he made a wish that changed the fate of the world.

I loved everything about this series: the characters, the plot, the art and even the pacing of the story. I loved it how the main character shut the bullies up when they learn that this cat is actually one of the legendary gods that only comes once in every generation. I'm very satisfied with the ending, too.

Cadis Etrama Di Raizel aka Rai is a powerful noble who can command vampires. "Noblesse" began as Rai woke up in modern Korea after 820 years and enrolled as a high school student in his servant Frankenstein's school. But his peaceful days with humans are disturbed by a dark organization called Union.

Aside from great action, I loved this webtoon for its comedic relief. The seemingly charming and mysterious Rai is actually a naïve guy who doesn't know anything about the modern world.  It is fascinating how unknowledgeable he is of modern technology.

I really love the story and the character development, though I love it more if they fast pace the story a bit. The wait for updates is a serious struggle, the chapters feel short every time. Hong Ryung looks timid and naïve but he is actually strong. He is good in using the bow and arrow but he hides it to mask as a useless King. But there is more to his skills; his mother is actually a very powerful priestess who created the Divine Bells and he inherited her powers. He is also quite gruesome and scary when he's angry.

A normal high school boy developed some badass power. Han Jee Han acquires the gamer ability which allows him to see the world like he is in an RPG game. With this he can easily strengthen his skills and intelligence by leveling up and he gains the interest of The Abyss, a shady mafia-like structure of people with different abilities.

The only flaw in this webtoon is that the main character became pretty much invincible. His powers are like a cheat! He could easily farm to increase power and gain a skill by absorbing it via book. He became so much powerful and overcame many powerful opponents without much challenge.

Here is a list of the top 10 best iPhone and iPad apps this week which are normally paid but are now free. Grab it before the time limit ends.