The Most Disastrous Products Ever Made By Apple, Microsoft And Google 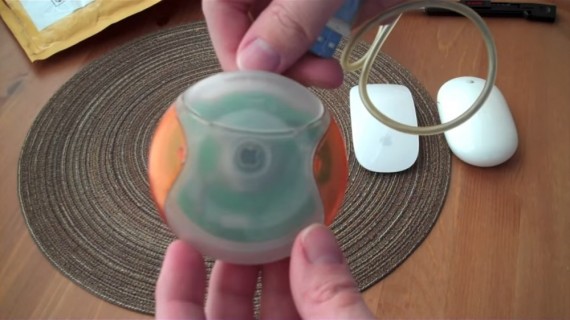 Although these companies as always released extraordinary products, there are some that has been terrible, inefficient and extremely useless.<br /> Could Apple, Microsoft or Google launch another disastrous device in the next years? (Photo : Youtube/kippis 05)

These days, tech market is watching how major companies as Apple, Google and Microsoft launch every year new products that mesmerize the customer and change the world, not only because of its uniqueness, but also because innovations that turns technology into the heart and soul of civilization. However, even when these companies has been characterized for making incredible products, there has been some of them that has end up being an outstanding failure. If you want to take a look, here are the worst devices made by Apple, Google and Microsoft in their history.

Everyone knows that Apple products are probably the most artistic and incredible in the market, thanks to a unique quality that the company has achieved almost every year since it was founded, to the point in which the brand sometimes is even greater than the product itself. However, Apple has also released a lot of awful and obsolete devices that far from meeting expectations, has failed so miserably that many think of it as a bad and unfunny joke.

Although it was extremely difficult to select which one has been the worse - the Macintosh TV that didn't display TV and looked like an ugly TV glued to a bizarre CPU was terrible in every single way - the most disastrous product ever made by the Cupertino giant has to be the hockey puck mouse.

This has been the most terrible device, since it was literally a mouse that was difficult and annoying to move. It came out in 1998 with the highly-expected iMac, and its big problem was that it was designed in a way in which it could represent a delightful for the eyes. However, it was an outstanding annoyance to the hand thanks to its perfectly circular structure, which makes it almost impossible to hold properly.

Microsoft´s Windows ME: One Of The Most Disastrous Products In The History Of Technology

It always has been said that within rivalries, the rivals share more similarities than differences, which could be the reason why they are looking to beat each other constantly. The silver lining about this philosophy is that tech giant Microsoft has a lot of details that are extremely similar to Apple. Not only in the greatness and the quality but also in the release of disastrous products that will always be remembered until the end of times.

In Microsoft´s case, this has to be the Windows Millennium Edition (ME), which ended up being characterized as being one of the most hilariously useless operating systems of all time. It is not a joke, this product was expected to be the real deal back in 2000, since its predecessor Windows 98 was extremely popular and effective in that time.

However, the Windows ME tried to be both a 16- and a 32-bit operating system which actually was incredibly slow, even for that time. In addition to this terrible detail, another great issue for this product was that it took some Windows ugly traits as instability and insecurity to a whole new level. A little more than a year after its release, Microsoft sold this operating system, making it one of the most disastrous products in the history of thecnology

Google Buzz Was The Worst Product Of The Search Giant

Making a social media is not precisely an easy task, and in a time when there are many who are ruling the market is even more difficult. However, it is known that Google is practically the company that control the 2.0 world, and it was just a matter of time until it tried to launch its own social network, which the chances of having more success than anyone, considering that everyone uses Google.

It was Google Buzz the company´s effort to have a social media, but it was a total failure since day one. The main reason was that the marketing was a mess, and mainly that the search giant commit one of its most hilarious mistakes, by creating users´ social graphics from their own email books, which obviously created a privacy scandal that destroyed this project.

Another huge for reason for Google Buzz to be one of the most disastrous products ever was that it didn't offer anything cool to the users, in a time where Facebook was already on its great moment. The Google´s social media effort only last a little bit more than a year, and it was replaced by Google Plus, which could be on an article of this kind in a few years, if it keeps going as it goes.

Snapchat will be the biggest company in the U.S. to become public next year. Facebook don´t want to end up like Twitter, which has loses millions of users in the last years.