Chevy Bolt Was Just Named Car Of The Year: Should Tesla Be Alarmed 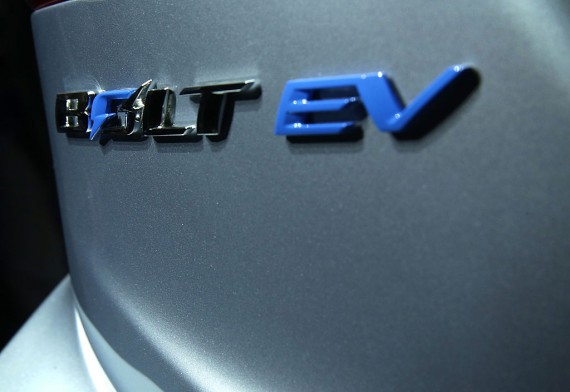 The 2017 Chevy Bolt EV, an all electric, very efficient car, was just named car of the year by Motor Trend can be the real threat to Tesla’s Model S and Model 3. (Photo : http://www.gettyimages.com/license/503674500)

Every year, Motor Trend gives the Car of the Year award to different vehicles. They have just awarded the all-new 2017 Chevy Bolt EV with the award. Not only Tesla but also other electric vehicle manufacturers might be concerned with this very recent award.

How Did The 2017 Chevy Bolt Get The Award

According to Motor Trend, a car must be all-new or substantially changed to be eligible for the award. They conducted tests in a California desert facility and on public roads and selected the winner after. Based on the tests, the Bolt EV was able to travel a 238-mile range on a full charge. That result alone does not determine the winner, but the price of $29,995 dollars for the car was one of the deciding factors.

The 238-mile range with a price of $29,995 dollars made the rest of the electric vehicles obsolete. A guest judge, Chris Theodore, said that the result puts the Chevy Bolt twice the car for just half the price of a BMW i3. He mentioned that the Bolt is a better car, better handling with twice the range.

The Award Can Let Chevy Bolt Lead The Pack In Sales

Motor Trend is one of the leading sources of car news and updates. Being awarded by the magazine and news outfit is as prestigious as it gets in the car scene. Ever since the magazine appeared in 1949, the number of its subscribers has grown exponentially and most new car buyers are looking into its publications for car reviews and as a source to decide on their new cars. The Chevy Bolt EV, winning the Car of the Year award, may mean that more new or prospect buyers will start to consider getting their hands on one. Other manufacturers who are struggling to enter the electric vehicle car industry may well give up for this year, as sales may no longer look as promising as when they introduced their electric cars.

The Chevy Bolt is also half the price of a Tesla Model S what has a base price of $70,000 dollars. The Model S have a range of 210 miles on single charge, still a shorter distance than what the Bolt can achieve. The Model S, however, has a total horsepower of 315 and 325 lb-ft of torque while the Bolt only has 200 horsepower and 266 lb-ft of torque. The number of horses that each car holds can still be the deciding factor for consumers if speed and power are more important than efficiency and affordability. The Chevy Bolt is expected to go on sale towards the end of the year; there should still be ample time to decide whether the 2017 Chevy Bolt EV is the electric car for you.

Chevy Bolt vs Nissan Leaf: Which Is The Real Tesla Model 3 Killer?

Which of these currently available EVs is actually better than the Model 3?

The Chevy Bolt shows a lot more promise than the Tesla Model S in more ways than one.