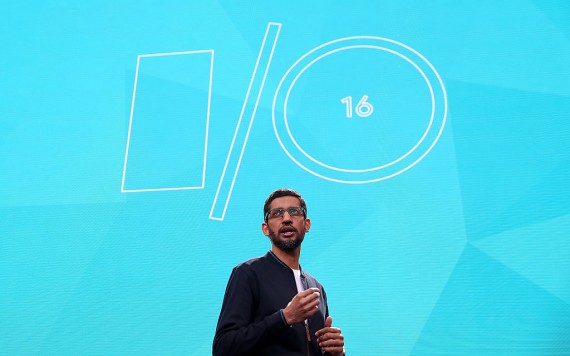 Google CEO Sundar Pichai has joined many others who are saying that the fake-news could have affected the 2016 presidential election.

When the BBC's Kamal Ahmed asked Google CEO Sundar Pichai whether fake news might have changed the results of the 2016 election by swinging votes toward Donald Trump, Sundar Pichai answered that he is sure of it. In a very close election when we deal with such narrow margins, there are many contributing factors.

Pichai further clarified that in a close election just a small number of votes going one way or the other could swing the election either way. He said that, in his perspective, it should be avoided any situation where fake news gets distributed, especially during the election.

Making his first comments on the post-election fake news controversy, Google CEO Sundar Pichai admitted that the company has made some mistakes but wanted to assure that it will definitely work to fix them. Pichai stressed out that it is important to remember that Google's search engine get billions of queries every day and there have been a only a couple of incidences with fake news so far.

According to CEO Pichai, this was a learning moment for Google and the company will improve by learning from mistakes. While there is a lot of discussion" about social media's role and the potential effects of fake news on the election, Pichai said that we cannot be fully sure about the effects.

How Google Will Deal With Fake News

Google has already taken steps to rid the search results of fake stories and news sites. Pichai said that in the past two days Google started to remove ads from sites promoting fake news. This measure means that fake news platforms can no longer make money by using Google's advertising platform. The search giant has also been looking over the last year at how to fact-check articles and promote only trusted journalism sources, according to Pichai.

According to Business Insider, people began blaming Facebook shortly after the election for allowing fake news to be distributed on the site. Many think that these fake news stories could contributed to Trump's surprising victory.

But Facebook CEO Mark Zuckerberg said that he doesn't think Facebook swayed the presidential election. According to The Verge, he first said it was "crazy" to think fake news on Facebook had an influence on the election's results. He later made the claim that as much as 99 percent of what users see on Facebook is authentic.However, he acknowledged that Facebook needs to improve its approach when it comes to hoaxes on the platform.

Google has its own issues with inaccurate news sites showing up in search results. For example, on Monday, Nov. 14, the top Google search result for "final election count" displayed a Wordpress blog called 70 News that incorrectly said Trump won the popular vote by a margin of almost 700,000 votes.

We hope that in the future social media platforms and search engines will find ways to stop fake news from spreading. This is not about censorship or limiting of the free speech and the right to having an opinion, but rather about protecting the general public from disinformation.

Google's AI creates encryption that can be more secure than human encryption.

Why YouTube Is Top Star In The Google Family?

The DeepMind system developed by Google makes a breakthrough in the AI field.

Google's "Featured Snippets" is accused of spreading fake news and conspiracies. The company assures that it is working quickly to remove it.