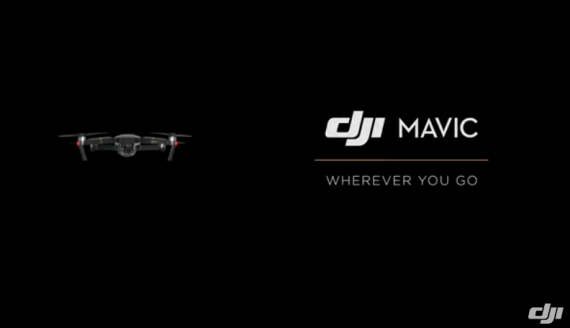 DJI's latest drone is the most competitive drone in the market right now. (Photo : DJI / YouTube)

DJI has always been popular for their wide range of drones. The best thing about DJI drones is that they are full of advanced features but without the complex navigations. In other words, DJI drones are typically easy to use, and the latest DJI Mavic Pro is in no way exempted from this. This drone is packed with power and accessibility. It's also reasonably priced at $999.

The big edge the DJI Mavic Pro has over its siblings is its ultimate portability. This drone folds up to a very compact position allowing it to be very travel friendly. The DJI Phantom 4 is pretty much as powerful as the Mavic Pro. However, the older model is considerably less compact than the new unit. Nevertheless, the Phantom 4 has its own perks and while it doesn't involve portability, it does include higher speeds and a tougher body that can face stronger winds. Nevertheless, the DJI Mavic Pro is better than the Phantom 4 in many other major ways.

Mavic Pro's OcuSync encrypted transmission system allows the user to control the drone to up to 7km while streaming it with a 1080p video, CNET reported. The Phantom 4 only has a 5km maximum range and a 720p video streaming. Furthermore, despite the Phantom 4's stronger build that can withstand stronger winds, the Mavic Pro isn't doing so badly either. It is actually able to withstand up to 12 to 24 mph of winds and keep its camera steadily flying for maximum minutes.

Additionally, the Mavic Pro is easily controlled as well. Its controller comes with a monochrome screen and a big space for a smartphone. The built in controller screen provides users with flight data but if you want to see what your camera sees, do connect your device to the controller for easier controls. The drone's WiFi mode also allows users to control the Mavic Pro with only their smartphones.

For image quality, the Mavic Pro also delivers. It may have a smaller field of view compared to the Phantom 4, but it doesn't compromise image quality. The Mavic Pro's camera records 4K videos. However, if there's another major edge that the DJI Mavic Pro has over its competitors, it would be its uber-intelligent features. Take note that the Mavic Pro has a subject-tracking mode, gesture mode (perfect for selfies), obstacle avoidance, sport mode, tripod mode and overall intelligent flight capabilities. Its sensors also allow it to avoid hitting the ground uncontrollably. It's also worth mentioning that the DJI Mavic Pro has the Precision Landing system that allows the drone to land back where it was launched from.

DJI might have been in a sizzling hot seat these past few weeks for its failure to ship on time, but the company has already come clean about the issue and is now in the process of clearing out all orders. If you might have heard recently, a bunch of Mavic Pro buyers got frustrated after DJI failed to ship the drones on time. The company accepted pre-orders for the DJI Mavic Pro a couple of months ago but as of now, not all orders have already been handled. Initially, the company was unable to admit the issue clearly and explain the problem to the consumers.

Nevertheless, DJI has already posted a statement last November 3 explaining the cause of the issue. Apparently, the number of orders they got for the Mavic Pro is more than what they had expected. Also, they have encountered a manufacturing issue that took them about a week to resolve. Nonetheless, the company says shipment is ongoing and they promise to try to clear all orders in 7-8 weeks (from November 3). With that said, as amazing as the DJI Mavic Pro is, it's also recommended that you wait for all past orders to clear out before you buy your Mavic Pro unit.