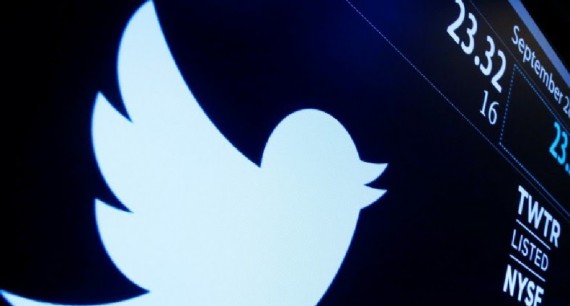 Twitter wants to be sold to another company, but its CEO Jack Dorsey wants to keep it independent.<br /> No one knows how to define Twitter: A news media or a social network? (Photo : Youtube/Wochit Business)

Here´s an unfortunate fact: Twitter could be sold and could even disappear as the social network we know. Believe it or not, the platform in which almost everyone are connected, where every single news media are registered in it, the place where most of the people come to get informed about what´s happening in the world , is not exactly the best example of a successful company in economic terms, and is losing users in a way in which no one knows what to do to solve this situation.

Although many think about Twitter as the coolest social media in the world, the truth is that the company it isn´t profitable, and it users leak is so incredibly worrying that many companies who was about to buy it walked away from a deal, since it is not advisable to have a social media that has lost over $2 billion since it was launched, and whose users numbers are not precisely solid. Here are some of the reasons why this is happening

One of the many problems about Twitter´s structure, specs and features it that many people could easily abuse others on the platform, which is a delicate issue that tends to scare away many users who are constantly victims of online harassment. Regarding this situation, the company´s former CEO Dick Costolo, told that this was an unfortunate problem that Twitter was facing because of its own fault, giving the fact that the social network wasn't doing enough efforts to prevent this kind of abuse, and consequently stop losing users.

However, Twitter has solidified its abuse and harassment policies in the last months banning, those who discriminates other people in the platform. In fact, some weeks ago there was a scandal in which the conservative writer and online troll Milo Yiannopoulos was banned for life since he posted offensive statements against actor Leslie Jones, which got to the point in which many users made racist comments about her.

This was a huge scandal since he didn't write the racist statements, but yet he was one of the few people whose account was permanently eliminated. The collateral damage was that this new severity has also gained many critics since many believe that now the social media can ban you for everything they consider as abusive, regardless if it isn´t.

Lack Of Attractive Features For Users

When it was created, Twitter innovated the world with the 140 characters and many other features that everyone saw as something absolutely incredible. However, there haven´t been many more features and the platform has lose its magical touch to mesmerize users since a while. The worst thing about this case is that competitors as Facebook and Instagram had successfully make some changes to its platforms and Twitter users are "migrating" to these social networks.

It is the typical case in which an important company gets extremely popular and successful but doesn't know how to reinvent itself, which is the main objective once it achieved major goals, as becoming public. Since Jack Dorsey came back as CEO, he tried to make some changes and offer new features in order to stop losing users, but this hasn't been succeeding so far.

The Main Reason Why Twitter Keeps Losing Users: Not Knowing What It Is

Since it was created some years ago, Twitter´s main issue has been its lack of identity: no one knows if consider it a social network or a news media, giving the fact that the scoop became almost exclusively a Twitter phenomenon. This wasn't a problem before the company became a public giant, but since that moment this ambiguity in its own identity became something that makes losing users as a sad routine.

Nowadays, people gets into Twitter to get informed about the news more than anything else, which is something extremely harmful to its social network part. On the other hand, it is also very damaging to its news side the fact that many people commit the worse bad habits of social media, like sharing sensitive material or insulting anyone.

If Twitter were a news media it would have to eliminate some of its social network features in order to mainly focus on the informative issues. However, if Twitter were just a social network it would have to offer more features for people to communicate in better ways. In this moment, the company is stuck in the middle of these two dilemmas losing users and suffering a war between Jack Dorsey and Twitter´s board members.

He said he would grab a sniper rifle and kill Donald Trump. The 2016 U.S. presidential elections was characterized for showing an unprecedented polarization between the republican and democratic voters.

Snapchat will be the biggest company in the U.S. to become public next year. Facebook don´t want to end up like Twitter, which has loses millions of users in the last years.