Super Mario' Game Confirmed For iOS Release On December 17 For Only $10; Latest Updates On Features And Characters Unveiled 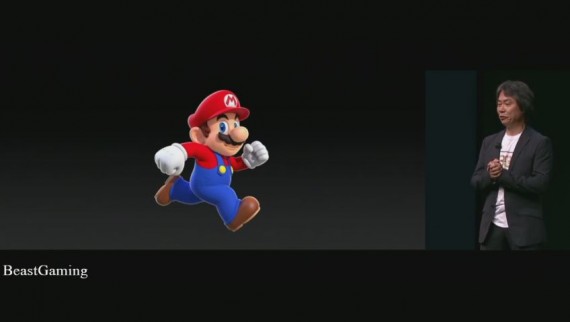 This is a review of what 2016 was like in the gaming industry including the dominant trends that we've noticed this year. (Photo : ThePlaceToBe2013/YouTube)

Nintendo's upcoming Super Mario Run mobile game for iPhone and iPad now has both an official release date and an official price tag. Apple brought in Nintendo's Shigeru Minamoto on stage earlier this year during the iPhone event in September to officially unveil the upcoming game for iPhone and iPad, which is an iOS-exclusive to start. During the time, people were assuming the game to be launched in December and be a free-to-try with an in-app purchase to be able to fully unlock the full version. Now, we have solid details for both the price and the release date.

Nintendo has officially announced today that the very first official Mario game for iOS will be released this coming December 15th, along with an in-app purchase of $9.99/10, which will unlock the full version of the game. Nintendo has been experimenting some unique apps for iOS before like Miitomo, but Super Mario Run will mark its first official release on Apple's platform. And as expected, more games are to follow in the future.

Promotions for the game is running wild

To hype the game, even more, the App Store has already held a spot for the game way ahead of its official release since September, where users can sign up to be notified when it finally launches. Nintendo has also made an iOS10 Messages sticker pack to promote the game even further.

The first-ever mobile game which will be featuring the most iconic video game hero of all time will officially go on sale for iPhone and iPad on December 15, 2016, in U.S. time zones. When released, anyone can download Super Mario Run the App Store at no cost, where players can try elements of the game's three modes absolutely FREE. However, once the game has been downloaded, a one-time payment of $10, U.S price, will grant access to the full version of the game.

"The wait is almost over! A Super Mario game will finally be played on mobile devices," said Doug Bowser, Nintendo America's Senior VP of Sales and Marketing. "Developed under the direction of original Mario creator Shigeru Miyamoto, Super Mario Run will bring a whole new take on the series' beloved action-platforming gameplay to the iPhone and iPad for the very first time."

Super Mario will be available in 151 countries

Super Mario Run will be the first Super Mario Bros. game developed intended for mobile devices. In the game, Mario runs forward on his own, but relies on the tap of a single finger to avoid enemies, jump over obstacles, pull off stylish moves, and of course, collect coins and reach the flagpole to complete courses.

Super Mario' Is Now Available In PlayStation 4 Thanks To Hackers

GeekPwn is an event held around the world. It's actually a security geek contest intended for smart devices and is often the place for expert hackers to show their expertise in exposing vulnerabilities in devices like mainstream routers, smart cameras, and smart devices. During the latest GeekPwn event, a PlayStation 4 has curiously made an appearance. Another surprising device that was present during the event was a working version of Linux, Super Mario Bros., and more significantly, version 4.01 of the PS4 firmware.

People are shouting for something that is truly more familiar to their childhood, or more significantly, a game that features a little amount of challenge, along with a big dose of enjoyment, which then resulted in the conception and announcement of Super Mario Run on the upcoming New York event in September.

December is just a couple of weeks away, and right now, Super Mario fans are pumped and ready, as their favorite game title's Super Mario Run is bound for release next month. In recent reports regarding Super Mario, video game industry analyst Dr. Serkan Toto confirmed that Super Mario Run will indeed hit the market this coming December. However, he did not reveal the specific date.

Charles Martinet, the original voice actor for both Mario and Luigi for the west version, has a personal IMDb page that was recently updated with some very interesting information. If his page is any indication, two legendary Mario Games are coming to Nintendo Switch: Super Sunshine HD and Super Mario Galaxy 3 are going to be among the numerous titles that are going to hit along with the official release of the gaming console next year.

Fans might recall that before the official reveal of the Nintendo Switch console, insider Emily Rogers has already given several rumors and leaks regarding the much-awaited console by Nintendo that mostly turned out to be true when the console was officially revealed to the public just two weeks ago. Among the titles that were briefly showcased in the trailer was also a new 3D Mario game. From what we've seen so far on the sneak peek video, the game looks rather colorfully awesome and does look like another amazing version of the infamous Mario game series.