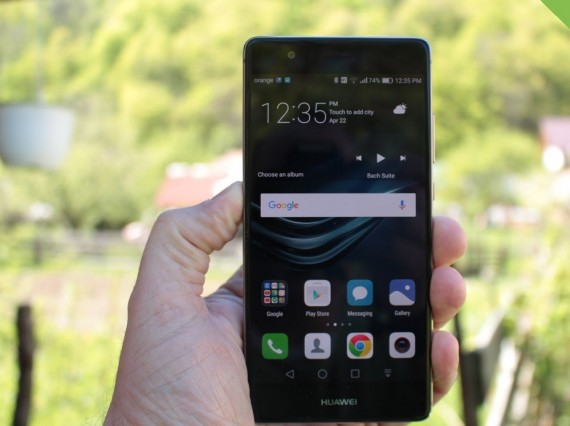 OnePlus and Huawei are two of the most popular smartphones in China.<br /> Huawei´s intention is to beat Apple and become the econd biggest smartphone maker in the world in two years. (Photo : Youtube/Android Authority)

Of every single Chinese smartphone that was published this year, there has been two that have been the most successful: the OnePlus 3 and the Huawei P9. One phone was considered an authentic flagship killer, while the another one was extremely important to make its company the third smartphone maker in the world, just behind Samsung and Apple. Giving this fact, here are some details to analyze which of these has been the best this year.

Of every single feature that the Huawei P9 offers, this was probably the greatest of all, giving the fact that this was the second mobile device to launch with dual cameras this year, right behind LG G5. However, this camera is accompanied by a 12MP RGB main sensor and a 19 MP monochrome chip, which makes the camera 100 percent more light-sensitive than any other conventional smartphone camera. The greatest thing about Huawei P9 camera is that it's equipped with an octa-core chipset and fingerprint reader, which makes this camera one of the most interesting in 2016.

By its part, the OnePlus 3 is outstandingly equipped with camera prowess, which has a 16MP Sony PDAF sensor on the rear, and an 8MP snapper on the front, which is apparently the same unit found on the iPhone 5S rear. The goodies come mostly with its shooter, since it is packed with a lot of incredible features, in which the most prominent are the OnePlus Smart Capture Technology, Phase Detection Autofocus, Auto HDR, HQ Mode, OIS (optical image stabilization), EIS (electronic image stabilization) and Dynamic De-Noise.

This is definitely one of the best details that users could enjoy about the OnePlus 3, considering that the previous model didn't meet expectations in this feature, which gave the company a big leap in terms of making users feels loyalty to the brand. This mobile device has a full-metal design and a mute switch, turning this smartphone in an original and attractive product.

By its part, the Huawei P9 is a piece of work that is characterized for wearing a full aluminium chassis design, which makes it look as a unique flagship handset, being way more attractive than many other Chinese smartphones that were in the market this year. This mobile device is nicely weighted, and its 6.95mm edges are delicate chamfered, which makes it very comfortable to wear it in your pocket.

What makes the OnePlus 3 an authentic flagship killer is not only the camera and its design, but also its battery life, giving the fact that this mobile device can be charge as fast as you can imagine, since it can go from 0 percent to 60 percent in just 30 minutes, and the dash charge makes sue that the device won´t overheat when fast-charging, which is a huge issue that many smartphones has- However, the only problem about the battery is that this is non-removable and won´t last you through the day, since it only has 3000mAh, which is less than the two previous models.

What´s results interesting analyzing the Huawei P9 is that this feature is almost the same as OnePlus 3, with the difference that it actually represent a bigger improvement from the company, giving the fact that is 3000mAh battery is more than all the previous models, which makes this a great new for the phone, since the battery life could last 11 hours and 24 minutes straight.

This feature surprised everyone since the Huawei P9 have an excellent 5.2 display which occupies much of the front of the phone, thanks to the thin bezels. The color accuracy is at 99.2 percent of the RGB color gamut, which gives one of the higher color accuracies this year. However, its 1.920x1.080 resolutions isn´t as high as many other flagships this year, which results in a pixel density o 423 pixels-per-inch.

Although this OnePlus 3 still have the 5.5 of its previous models, what was the most spectacular detail was that this mobile device was equipped with an Optic AMOLED Display which creates a more natural viewing experience thanks to its custom-engineered gamma corrections. With this screen, this mobile device has an infinite contrast when there´s no ambient light, and has better black levels than most of LCD devices.

OnePlus 3 vs Huawei P9: Other Features

The Huawei P9 is equipped with a Fingerprint reader, a microSF SLOT, 3GB RAM/32GB storage or 4GB RAM/G4GB storage, HiSilicon Kirin 955 chipset and a Quad-core processor. By its part, the OnePlus 3 is equipped with a Qualcomm Snapdragon 820, a Quad-core processor of 2200MHz, a 64GB (52.2 GB) of storage free, and a 3G,4G Wireless data. Although it is extremely to decide which one has been the most incredible Chinese smartphone this year, the OnePlus 3 has been undeniable way more popular than the Huawei P9. However, both devices are totally recommended.

A week ago, Snapchat launched its own wearable glasses, which could be very useful for Apple to analyze how the market reacts to the product these days. Apple could release this product in 2018.