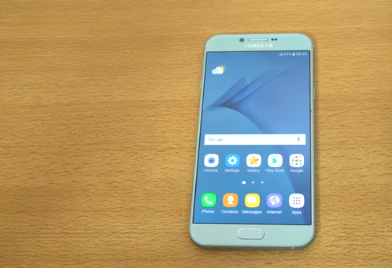 2016 has seen some of the best midrange smartphones ever. (Photo : XEETECHCARE / YouTube)

There are two types of smartphone users. First, there are people who only want to use expensive flagship phones. It's undeniable that premium phones come with luxurious perks and features. However, the price can go all the way up to around $700 (and higher). This is why there are also people who prefer buying midrange phones instead of the super-expensive ones. The thing about midrange smartphones is that they are in no way low quality. They're just not as powerful as the premium options. If you're looking for a good phone to buy this year, here are some of your midrange options.

The Galaxy A8 has just been released this September and it is a 5.7 inch Android smartphone. It has a 1080 x 1920 pixel resolution and it runs Marshmallow from the box. The Galaxy A8 uses an Exynos 7420 processor and comes with 32 GB worth of internal storage. Its RAM size is 3 GB and it also has a 256 GB capacity microSD slot. It also has a sufficient set of cameras. 16 MP rear and 8 MP front is not bad at all. The Galaxy A8 also has a fingerprint scanner and a massive 3300 mAh battery.

The Galaxy On8 is similar to the Samsung Galaxy A8. There's just a few traits that makes them different. For one, the On8 has a 5.5 inch display with a slightly higher pixel per inch density. The On8 has a 401 PPI while the A8 has 386 PPI. Furthermore, the On8 uses an Exynos 7580 processor and it comes with 16 GB internal storage. Nevertheless, it also runs Marshmallow from the box and it also comes with 3 GB RAM and a 256 GB capacity microSD slot. Furthermore, the Galaxy On8 has a 13 MP rear cam and a 5 MP front cam. Both cameras have LED flash. Additionally, this phone comes with a good 3300 mAh battery.

Asus' Zenfone series is a popular choice for buyers on a budget. The Zenfone 3 Laser is yet another great option from Asus' collection. It has been released last June and it is likewise a phablet-sized smartphone. The Zenfone 3 Laser has a 5.5 inch display with a 1080 x 1920 pixels per inch density. Running Android Marshmallow from the box, the Laser is powered by a Snapdragon 430 processor. For the RAM size, there are two options. The 32 GB storage variant has 2 GB RAM while the 64 GB storage variant has 4 GB RAM. Camera-wise, the Laser is also a good choice. It's got a 13 MP rear cam and an 8 MP front cam. With a massive 3000 mAh battery and a fingerprint sensor, the Asus Zenfone 3 Laser is a smartphone worthy of your money.

LG's Stylus 2 Plus phone is a great option for people looking for a stylus phone. The Note series is a really good pick too, only that it is way too expensive for people who are not willing to splurge. The Stylus 2 Plus from LG is a viable option for anybody as it comes with all the smartphone features you'd need. It's got a big 5.7 inch display and it also comes with an Android Marshmallow OS. For the processor, the Stylus 2 Plus uses a Snapdragon 430 chipset and an Adreno 505 GPU.

There are two models that came with the Stylus 2 Plus label so storage and RAM sizes vary. Basically, there's a 2GB RAM model and a 3 GB RAM model depending on what market you're in. Nevertheless, the internal storage options are the same (16 GB and 32 GB). For the cameras, the LG Stylus 2 Plus has a 13 MP or 16 MP rear cam and a 5 MP or 8 MP front cam. Both rear and front cameras boast of an LED flash. This phone also has a fingerprint sensor and a sufficiently sized battery (2900 mAh or 3000 mAh).

Five Of The Best Smartphones This Holiday Season

Picking a smartphone is also a crucial decision.

The best of the best in smartphones have entered the market this 2016.