What Are The Top 2016 Internet Streaming Devices? 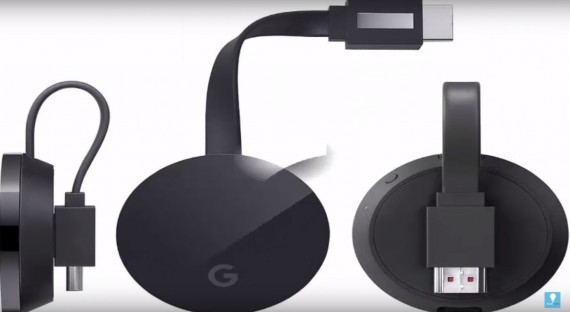 The new 4K Chromecast Ultra from Google is one of the best internet streaming devices of 2016. (Photo : Aban Tech/Youtube)

This year, a new generation of internet streaming devices provides users a wider range of good choices than ever.

Today YouTube or Netflix are more popular than conventional TV. Rival streaming services such as Hulu, Amazon Video and Sling TV are fighting for audience shares. As for internet streaming devices, users have a wide choice.

Almost all TVs are "smart TVs" these days. And most of them come with diverse built-in streaming services. For those users on a tight budget, one cheap option is to just upgrade their TV and forget about adding another gadget.

But for those users with more pretentions, even on a smart TV could be still added more devices. One of the reasons to do this is that, despite their name, smart TVs are still pretty dumb. Their user-interfaces simply aren't that good, even on the top choices such as LG WebOS-powered 65UH9500 and OLEDB6P.

Without an addition of internet streaming device, you are not updated on a regular basis. For instance, the new Criterion and TCM streaming service, FilmStruck, is not yet supported on any smart TV. In case that you would want to watch it, the only option is to add a streaming device.

Here are some of the top internet streaming devices of 2016.

According to ZDNet, Roku Premiere+ could be considered the best of the best. The Roku brand has long defined the standard on the market of media streamers. With its new $99.99 Roku Premiere+ model you get 1,800 Roku streaming services. The device comes with a built-in cross-service searching and a simple-to-use interface.

In this Roku Premiere+ new model you also get High dynamic range (HDR) color and 4K video.  HDR could actually make a big difference in your user experience by giving you superior contrast and color.

Apple TV was the first truly easy to use media streamer in the early days. Today, the device It's still easy to use, and it's still worth getting if you're a fan to iTunes. The Apple TV streaming device comes with price tags in the $149 to $199 range.

In case that you count among Apple's users and you are ready to go to the trouble of transcoding movies, then it is still well worth getting the fourth generation Apple TV.

Samsung UBD-K8500 is a high-end 4k and HDR Blu-Ray affordable DVD player that comes with a $199.99 price-tag. Besides displaying high quality video from the currently available 4K Blu-Ray discs, this device from Samsung also does an excellent job of upscaling ordinary DVD discs and Blu-Ray playback.

When it comes to streaming, the Samsung UBD-K8500 also performs well with upscaling. The device currently supports YouTube, Hulu, Amazon and Netflix.

The latest generation of Google's Chromecast Ultra supports both HDR and 4K. The media streaming device also supports a wide variety of streaming channels such as YouTube, Hulu, Netflix, HBO Go, Vudu, MLB TV and Now. By using the Chromecast Ultra you can "cast" your smartphone and computer screens to your TV. You can also use the device with the Google Home smart speaker.

At a price tag of only $69, the Chromecast Ultra is still among the cheapest options. And a big advantage is that, according to Tech Hive, now Google's premium Chromecast quadruples the pixels, provides shorter loading times and comes with an ethernet port for wired connections.

Chromecast Ultra In-Depth Review: Is It Worth Upgrading From Original Google Chromecast?

On its October 4 event, Google unveiled a list of great new products, which included the Chromecast Ultra, an upgrade to its original streaming device, which costs almost twice as much.

Google comes up with a new router after OnHub. The Google WiFi was unveiled with the Pixel and Pixel XL phones.