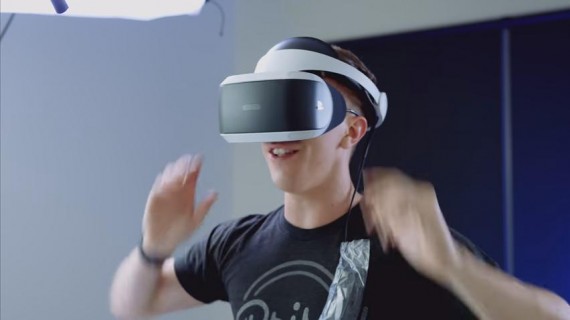 With the holidays just a few weeks away, it is time to start rounding off the best gaming gadgets of the year, which would work perfectly as a gift. (Photo : Austin Evans/YouTube)

The holidays are just around the corner and that usually means it is time to start buying gifts for loved ones. And as difficult and as tasking as the thought of that is - much more the actual activity - it will definitely be easier when the most important question is already answered. That is, What gifts to buy?

When it comes to gaming, 2016 was a great year. Sure, some game publishers and console manufacturers have missed out or held out on some great ideas, but that does not mean that the gaming community did not receive their fair share of toys. And in other areas, technology has experienced some leaps and bounds.

One of the biggest trends this year was virtual reality. The technology that has written that particular code has expanded and articulated itself so well this year. First, there was the HTC Vive (US$799) and the Oculus Rift (US$599) - both of which were powerful machines. The downside was that users would need to purchase even more powerful equipment to properly use the same.

Which is exactly why the PlayStation VR is one of the best holiday gifts this year. With a PlayStation 4, any individual can experience what it is like to have virtual reality within inches of their eyes. The headset itself is priced at US$399, according to Tech Times.

There are other available options, but they do not pack the same amount of power as the PlayStation VR. There is, however, a certain setup that comes with the VR headset, which might prove taxing at first. Nevertheless, once the entire process is finished, the PSVR will provide some of the best virtual reality experiences out there.

The other options include the Samsung Gear VR (US$99) and the Google Daydream View (US$79), which are cheaper because they connect to existing mobile phones. The Daydream View, however, is only compatible with the Google Pixel and Pixel XL.

Of course, gifting the PSVR only makes sense if the gift receiver already owns a PlayStation 4. If the person is more of a Microsoft gamer, then a great gift would be the Elite Xbox One Controller. The main selling point of the gadget is that it is customizable to a certain player's unique preferences.

As Forbes notes, the Elite Xbox One Controller was designed in collaboration with some of the best and most popular pro players. Its customizable feature, which adapts to a player's style of play, theoretically enhances his or her accuracy, speed and overall comfort. For example, individuals can opt to switch between various metal thumbsticks and D-pads.

Another great gift would be the NES Classic Edition, which is the most popular buy as of the past couple of days. The device, which is virtually sold out everywhere - but can still be found though some retailers - would be best for individuals who have been gaming for quite some time. Its biggest selling point, after all, is that it quenches as a nostalgic thirst.

The NES Classic Edition comes preinstalled with 30 of the best retro games, including "Donkey Kong," various "Mario" titles, "Final Fantasy" and "The Legend Of Zelda." And while it is technically just a miniature version of the 1985 Nintendo Entertainment System, it has some modern and necessary upgrades. The visuals, for example, are more alive though they are still pixelated.

PS4 Pro vs. Xbox One S: Which Power Console Is Worth The Investment

In the world of gaming, there are two companies that are constantly pitted against each other: Sony and Microsoft. And with the PlayStation 4 Pro and Xbox One S in the market, there are plenty of things to consider before choosing which to purchase.

The Amazon Echo’s Alexa is changing with the times and providing exactly what users need, when they need it. Moreover, she can offer exclusive deals during this year’s Black Friday and the following holidays.

The Nintendo SNES Classic Edition will be coming this September but it will only have a limited run.

New Atari Console In The Works, Not Competing With Microsoft And Sony

A new Atari console based on PC technology is currently in development, the company has confirmed. It's being teased as "Ataribox."