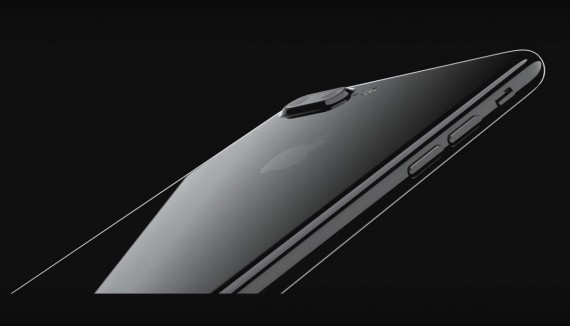 This is another article of me comparing two phones. In choosing what phones I would compare, I pick one phone that is currently buzzing in the world of technology and the another phone I picked is something I feel would best match it (but sometimes when I feel lazy, I just pick a random phone but don't worry, I try to make it legit as possible...lol). Now, before we compare the two phones, let's first talk about the latest news regarding the iPhone.

According to reports, there is a 5-second video getting viral. To other phone brands, viewing the video won't cause any effect or whatsoever (except for the eating away your MB allocation), but for the iPhone phones, it's a different story. Once viewed on an iPhone, the video will cause the iPhone to lock up and reset.

About any information regarding other effects caused by the video, there are none so far aside from what we know. But still, please be careful, because there might be more than just the iPhone locking up and resetting that we have yet to discover. Also, for the non-iPhone users, the 5-second bug video may not have any effect on your phones, but it is still best to avoid it because we might not know that there might be some effect that is not as obvious compared to the effect it has towards the iPhone phones.

Now that we cleared that up, let's now proceed to the comparing part:

Battery. iPhone 7 battery is 1960 mAh. Talk time is 14 hrs and music play is 40 hrs. While the Mate 9 Pro's battery is 4000 mAh. Since there is no information about its talk time, music play, and standby time, for the Mate 9 Pro, I will give this round to the iPhone 7.

Features. For the iPhone 7, the features are Fingerprint, Accelerometer, Gyro, Proximity, Compass, Barometer, and it has Siri. And as for the Mate 9 Pro features, the features are Fingerprint, Accelerometer, Gyro, Proximity, Barometer, Compass, and fast battery charging. This is tricky. Yeah, it's great to have a fast battery charging feature, but one must also consider the battery life because if you need to be constantly charging, it will really affect the battery life of the phone. This round goes to the iPhone 7.

The tally is iPhone 7 with 2 wins and Mate 9 Pro with 5 wins, thus making the Mate 9 Pro the winner. To the readers, you may agree or disagree with my decision. But remember, this decision is solely based on my preference. If you have any comments or suggestions, please do inform me in the comment section. I would like to hear from you.

Your iPhone Is Secretly Sending Your Call History To iCloud

The company has gone to great lengths to secure customer data in recent years, by implementing better encryption for all phones and refusing to undermine that encryption but private information still escapes from Apple products under some circumstances. The latest involves the company’s online syncing service iCloud.

Shoppers of Apple products have a lot to look forward to this Black Friday season.

Want A Free iPhone 7? T-Mobile Will Make It Possible

T-Mobile will be offering a free iPhone 7 to customers who switch from other carriers.

Beware of the sudden appearance of this Asian Giant Hornet in the US as they strike down other creatures without prejudice.

Jon "Bones" Jones has recently announced that he is giving up his UFC title after "not being paid enough" Dana White said that the fighter demands up to $30 million!