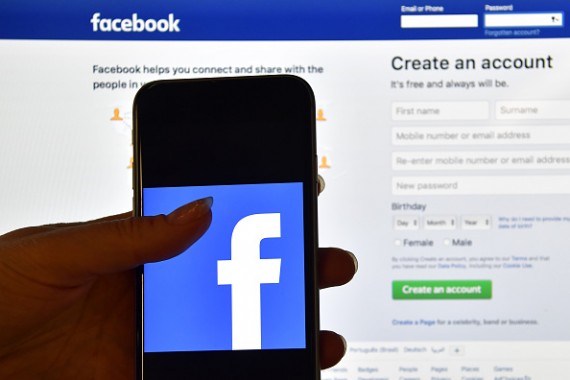 Facebook has been under such scrutiny regarding its spread of fake news, especially following the recent US national elections. (Photo : Carl Court/Getty Images)

With the recent 2016 US Presidential Elections, Facebook has been in major scrutiny about being a strong platform that spreads fake news. The social media site's founder, Mark Zuckerberg, has denied these claims. And essentially, the website is not responsible for the third party reports that are shared on its feed.

Nevertheless, many have blamed Facebook for its black media and possible role in the latest elections. As Bloomberg notes, one example is a story regarding Ford Motor Co., which went viral next week. "The Trump Effect: It's Happening Already!!!" the headline wrote, with the story indicating how the company was moving truck production from Mexico to Ohio. The report was based off a CNN report from 2015.

The entire story was not completely true, but neither was it completely wrong. However, it did implicate something misleading - and these are the articles that are incredibly dangerous. There are shared news articles that do not resemble truth at all and are therefore incredibly easy to spot. But then there are those that use bits of fact to make a different picture, to paint a particular image.

Tech Crunch adds that Zuckerberg has denied the large amount of fake news that are easily accessible on Facebook. "Of all the content on Facebook, more than 99% of what people see is authentic. Only a very small amount is fake news and hoaxes," he said. "The hoaxes that do exist are not limited to one partisan view, or even to politics. Overall, this makes it extremely unlikely hoaxes changed the outcome of [the US national Elections] in one direction or the other."

As Business Insider discusses, one Twitter co-founder Ev Willaims was able to make his point in disfavor of Facebook with one screenshot. The screenshot was of o a post by Zuckerberg on the website, which was accompanied by two news articles -- advertisements, no doubt -- on the righthand side.

"Despite appearances, the first one doesn't point to espn.com," Williams said. "It goes to espn.com-magazine.online and attempts to sell a muscle-building supplement using ESPN branding and a fake news story. The CNN-branded ad goes to less work. It just takes you to a site called Fine the Racers with an exclusive offer for a 12-week program to strengthen your toes (?)."

While it has not been confirmed that Facebook did indeed aid in influencing America to choose one candidate over the other, the social network site does boast of 1.79 billion monthly active users. In the third quarter of the year, the company earned US$7.01 billion in revenue. There is no denying that the site has a hold of people unlike any other.

Nevertheless, Zuckerberg does admit that there is a need to put up security features to address the issue. And while Facebook generally relies on sers to seek out fake news, measures will be taken internally as well. "I am confident we can find ways for our community to tell us what content is most meaningful," Zuckerberg said. "But I believe we must be extremely cautious about becoming arbiters of truth ourselves."

2016 US Presidential Elections: What Mark Zuckerberk Says About The Role Of Facebook

In the recent 2016 US Presidential Elections, many blamed social media for the results - especially Facebook, which was blamed for fictitious news spreading. CEO and Founder Mark Zuckerberg thinks the idea is “crazy.”

Facebook Emerges As A Winner Of 2016 US Presidential Election

At this day and age, most generations are spending more and more time on Facebook rather than watching the news. Which is why the social media site is such a strong political platform.

Facebook's new dark mode is coming soon and if you want to learn how to activate Facebook dark mode, here's how!