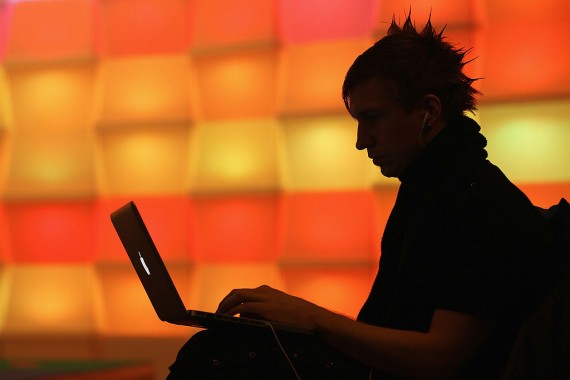 More than 70 years after Bletchley Park was once the home of Britain's codebreakers during World War Two, now the site is preparing to host the UK's first national college of cyber education.

Business Insider reports that work is under way to revamp several derelict buildings on the site at Bletchley Park. It was there the place where mathematician Alan Turing cracked Nazi Germany's "unbreakable" Enigma code. Now on the site will open a national cyber defense school that will start taking students on September 18.

The new school for 16- to 18-year-olds will take 100 students in its first year. UK's first national college of cyber education will sit right beside the historical attraction and the National Museum of Computing. Around forty percent of its students' curriculum will consist of cyber studies.

The school will be part publicly and part privately funded. The plans were unveiled by Qufaro, a not-for-profit body formed by cyber security experts. The new school is part of an initiative to create a UK national cyber security hub.

Tim Reynolds, deputy chairman of the National Museum of Computing and a director of Qufaro said that, because it's building on the work that took place in the Second World War, Bletchley Park is a natural home for a cyber security college. The new initiative is just making the site relevant again and bringing it up to date.

An entrance exam and talent spotting will ensure selection for places at the new UK college of cyber defense. According to Qufaro, the non-profit organization expects that around 90 percent of students will board at the school.

Reynolds also said that Qufaro is looking to take advantage of all the expertise that currently exists and provide the students with the educational support that they are going to need, in order to ensure that they become either university ready or industry ready. Qufaro sees the college as a one-stop-shop where the students will be ready for whatever path they choose to take.

The elite school for talented teen hackers will open in 2018. Until the opening date the site will undergo a restoration project of £5 million ($6.2 million).

According to CNN, Britain's Government Communications Headquarters (GCHQ), the former Government Code and Cypher School, is supportive towards the plan. A GCHQ spokeswoman said that the organization welcomes any initiatives aimed to promote skills in cyber security. She also said that the concept is interesting and can provide a pathway for talented students from schools not able to provide the needed support.

Last month, the head of MI5, country's security and counterintelligence agency, warned that the UK is facing a growing covert cyber threat from Russia. This is involving "high-volume activity out of sight." However, Russian government rejected the claims.

The British government unveiled earlier this month its National Cyber Security Strategy. The measures are aimed at tackling the growing cyber threats facing the country and ensuring that the UK becomes one of the safest places in the world for online business.

The US Government To Invest More In IoT

According to reports, the U.S. government is increasing its founding of IoT technology projects.

If your kids have nothing better to do, then this Cyber game will teach them the skills and knowledge for cybersecurity while being fun and entertaining!