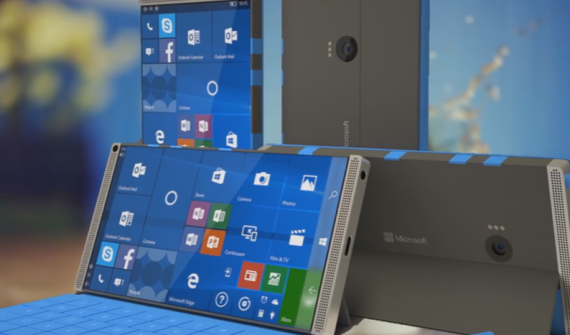 Microsoft is expected to do a lot of Surface refreshing next year. (Photo : MobySmartCat / YouTube)

Microsoft is undeniably one of the most popular tech brands in the world. With that, people are always excited about the company's new releases. 2016 may have been a slow year for Microsoft as they haven't released next-gen tablets, smartphones or laptops. Nevertheless, at least they managed to release something really big in the form of the Surface Studio. The lack of next-generation portable Surface devices has clearly been compensated by the ultra-high technology Surface Studio. Needless to say, fans expect the rest of the Surface devices to come in this 2017.

Surface Pro 5's absence this 2016 is pretty understandable. The Surface Pro 4 is still undeniably competitive this year and it's also pretty difficult to follow, so a two-year cycle for the latest Surface tab is relatively fair. Nevertheless, we don't think that the Pro 4 will still be an up-to-date tablet next year, so it's safe to assume that Microsoft will already be releasing the Surface Pro 5.

Rumor has it that the Surface Pro 5 will be powered by Intel Kaby Lake and will still be more powerful than its direct competitions. Its Surface Pen could also get an update. It was said that the next generation Surface Pen will have rechargeable batteries that can charge wirelessly when attached to the Pro 5. Furthermore, the next Surface tablet could also feature a 4K screen, or have at least one variant with 4K display. USB C ports are also a big possibility, PC Advisor reported.

The Surface Phone rumor mill might have been inactive for a few months but now it's back in the game as Microsoft's Satya Nadella triggered the topic once again. In a recent interview with AFR, Nadella said that they are ensuring their continued presence in the smartphone industry. As per a Mac Rumors report, Microsoft is up for an "ultimate mobile device." Basing on Nadella's statement, they will not create their new smartphone following the current trend. As per the CEO, "We don't want to be driven by just envy of what others have, the question is, what can we bring?"

The Surface Book, just like the Surface Pro 4, remained relatively competitive despite being a product of 2015. With that, it's not exactly unfair for Microsoft to just release a revamped Surface Book instead of a new-gen edition. Nonetheless, the company might need to refresh its Surface Book lineup with a Surface Book 2 next year or it could be at risk of being outdated. Unfortunately though, there aren't a lot of things heard about the Surface Book 2, at least as of now. However, based on the tiny bits of rumors that roam around the web, the next-gen Surface Laptop could have 4K resolution, Kaby Lake processor and probably a more stable build. An improved battery life is also a much anticipated addition.