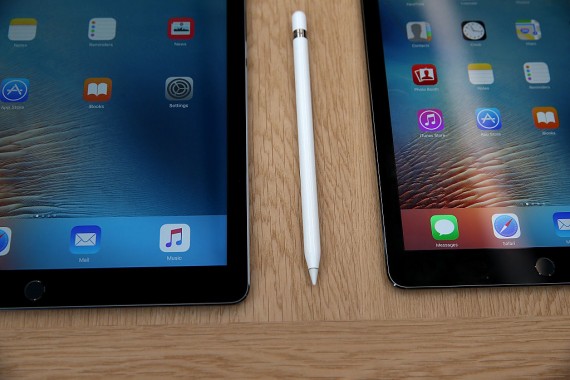 Apple should be refreshing its iPad line early next year. (Photo : Photo by Justin Sullivan/Getty Images)

Apple skipped the iPads when they released their new iPhones last September. They also skipped it when they unveiled the MacBook Pro 2016 last October. With that, rumors surfaced that the company is saving the new iPads for a March release. If you might have remembered, Apple also released the iPad Pro 9.7 on a March, so, next-gen iPads are not unlikely to be launched at this time of the year.

As per a recent GSM Arena report, new iPads could be made official next year. There will be a 10.5 inch iPad and a 12.9 inch iPad Pro. Both of these will be announced at the same time and both could use Apple's A10X chipset. Additionally, a new 9.7 inch iPad could also be introduced but it might be a lower-end variant that will be powered by an A9X chipset. Do take note that these rumors are not yet confirmed by Apple. Nevertheless, it's worth noting that this rumored release allegedly started from Taiwan based suppliers, so there is actually a good chance that these rumors are at least near the truth.

Furthermore, predicted reports of iPads 2017 sales have also surfaced. It was said that the 10.5 inch iPad variant is likely to sell about 2 million units when it gets released first quarter of the year. Over the course of 2017, this 10.5 inch iPad model is also expected to reach up to six million units sales. The rationale here is that 10.5 inch tablets have already been proven to be popular in different US sectors as it's just appropriately sized. The 9.7 inch iPad variant may be too small and the 12.9 inch iPad could be too big and too pricey.

Right now, the only things most fans expect from the next generation of iPads include better cameras, faster chips and 3D Touch. However, as per a Mac World report, the 3D Touch feature might not make an appearance on the 2017 iPads, at least that's what reliable analyst Ming-Chi Kuo believes. Needless to say, it's hard to enumerate what the next iPads should have aside from having next-gen processors and improved specs. Clearly, an iPad is a tablet that gets its job done for people who just like to browse and play games. If Apple can make something special out of a menial tech device, it would be great. If not, it won't exactly be an issue, at least as long as the company doesn't increase the price considerably.

The iPads and the rest of Apple's devices have always been loved for their fast and smooth performances. Perhaps this is the most common opinion on i-devices Apple users share. This is why whatever the company plans for the next generation of iPads, it is almost sure that the new devices will be as embraced as their past releases. Hopefully though, Apple would throw in some happy additions like new features and changes in design so as to make the iPad 2017 a little less boring and a little more exciting.

Spotify Is In Danger, Apple Music’s Latest Offer Is Cheaper Than Ever

Apple Music now offers a $99 annual option and this move could help Apple to lock more loyal set of subscribers as it battles Spotify for dominance over the streaming music service market.

It's Official, Apple's Self-driving Cars Tech Is In The Works

Apple CEO Tim Cook has revealed that the company is working on developing its own brand of self-driving cars.

Apple Is Working On A New Chip For iOS Devices

Apple has been granted an application for an experimental license by the FCC to test the new 5G wireless technology.