Moto G4 Plus Versus Xiaomi Redmi 4a: Which Is The Best Cheap Phone In The World? 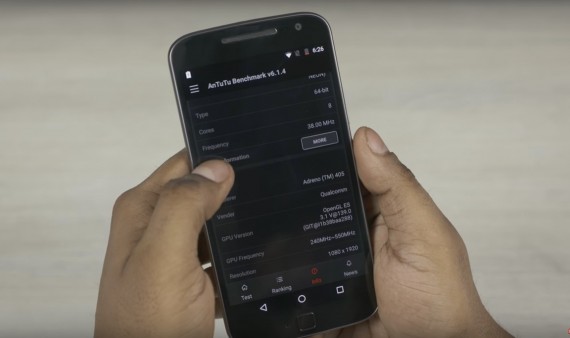 A picture of the Moto G4 Plus phone. (Photo : C4ETech/YouTube)

Black Friday is one of the busiest and most important events for tech enthusiasts. This is the time when those high-end gadgets you've long been dreaming to have but lack the necessary budget becomes yours in a somewhat discounted price. Plus, there are those freebies that come with the gadgets which is totally awesome.

Moto G4 Plus on Black Friday

According to Tech Radar, the best cheap phone in the world will be sold a lot less in this year's Black Friday sales. The Moto G4 Plus price will be down to £164.99 ($206) from its original price £199.99 ($249). However, before you leap for joy in this great deal, you must hurry, because this deal is sure to end soon. So be sure to include this phone in your buy list for this Black Friday.

Moto G4 Plus versus Xiaomi Redmi 4a

You must be familiar with the Xiaomi brand for its high-end specs and extremely affordable price. In this article, let's try to compare the two phones and see if the best cheap phone in the world can be rivaled by other cheap phones. Here are the specs and features from GSM Arena:

Body. The dimensions of the Moto G4 Plus are 153 x 76.6 x 9.8 mm and 155g for weight. On the other hand, the Xiaomi Redmi 4a's dimensions are 139.5 x 70.4 x 8.5 mm and 131.5g for weight. If you've been following my previous articles, you will notice that I like light phones. Walking around with a heavy phone in my pocket really makes me uncomfortable. I would have given this round to the Moto G4 Plus if its weight was close to 140g. For this round, I'm going to go with the Xiaomi Redmi 4a.

If the user chooses 16 GB, 2 GB RAM for the Moto G4 Plus, then it would be a tie. In way it is nice because the user can pick, but in the same time it is also annoying. For me, that is a sin, so I'm going to give this round to the Xiaomi Redmi 4a.

Moto Z, Moto Z Force and other devices from Motorola will finally get an Android Nougat update within the week.

With the upgrade to Android 7.0 Nougat, Moto Z and Moto Z Force will be compatible with Daydream, Google's platform for high-quality, mobile VR.

Ford's black employees have requested that the car manufacturer to stop the production of police cars.