Huawei Is Officially The Most Profitable Android Smartphone Brand In The World: Which Has Been The Reason For Its Success? 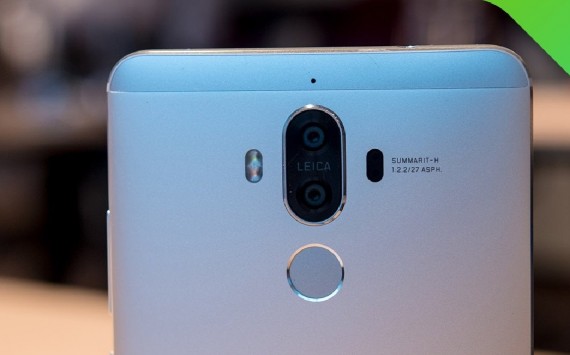 Huawei´s main is to beat Apple and become the second largest smartphone maker in the world in two years, and beating Samsung and be in the first place by 2020.<br /> (Photo : Youtube/Android Authority)

Naturally, this represents a huge impact in the phone market and a turning point in smartphone´s world, considering that Huawei rises, far from getting interrupted, has increased without stop since it was founded some years ago. Getting to this point, it is important to know which has been the keys to its success, so here´s a little analysis of how this Chinese brand has achieved this important position.

This is obviously the most important reasons for Huawei´s success, but even if it looks simple, it is actually something extremely difficult to conquer, giving the fact that if a smartphone competitor sells a product with a high cost, it is because it offers a quality and effectiveness that is equivalent to the price, at least most of the time.

In this situation, what Huawei have done is extremely difficult, because offering similar specs and features as the most important brands is not precisely an easy task if the price would be cheaper, but managing to do this has been a key for the Chinese company´s success, because everyone will prefer paying less for a phone that has almost the same as the expensive.

Taking Advantage Of Its Competitors´ Crisis

Sometimes business is an unfriendly game in which the competition is so rough that you have to be cold and ruthless, and in the smartphone world, this is exactly the situation if you want to achieve an important position. This is why, the ugly part of making a hit is not only by doing a good job and offering a great product but also taking advantage every time a competitor have a crisis.

Of course, this is exactly what Huawei and every single smartphone maker did after the Galaxy Note 7 recall, which was one of the worst moments in Samsung´s history, to the point in which even the South Korean economy was harmed. Considering that we´re talking about the most important manufacturer in the phone business, its weakness had as a collateral damage the rise of other companies, and Huawei was one of those, keeping its quality and consistency as ever.

Its Most Important Weapon: Conquering The Emergent Markets

This is probably the main reason why Huawei has become the most profitable Android smartphone brand in the world, giving the fact that the company not only have been the most important mobile device in China, but also in many other emerging markets like Latin America, in which this has been nicely received by customers, who usually prefers this phone than any other because of its quality and affordable price.

This is obviously something that talks great about Huawei considering that this smartphone wasn´t sell in the U.S. for years, and its strategy was to be well positioned in the emerging markets, which the company perfectly achieved. In fact, Huawei is keep pushing in this strategy, since it is now making its smartphones in India, which would be increase its powerful position in the market in midterm.

The political scandal has been one of the most controversial news in South Korea in the last weeks. This situation represents a great damage for Samsung´s reputations, in addition to the Galaxy Note 7 fiasco.

Believe It Or Not: Twitter´s CEO Account Was Suspended

Jack Dorsey is having a huge issue as Twitter´s CEO, since the board members wants to sell the company because of its economic problems, but Dorsey wants to keep its independence.

The Most Underrated Android Apps In Smartphone´s History

There are millions of apps you can download on your Android, but some of these are not so popular, even if its offers an incredible utility that could be helpful.