Apple´s Most Controversial And Succesful Decisions With The iPhone 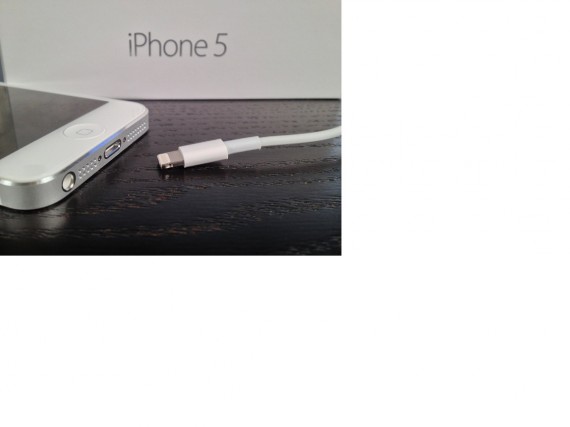 Apple has always innovated in most of its products, but what the Cupertino company did with its iPhone, change the history of mobile devices because of its greatness and risky decisions.<br /> (Photo : Youtube/iCrackUriDevice)

From every single mobile device that exists in the market, the iPhone is probably the most popular in the world, thanks to a series of specs and features that have turned this phone in to a piece of art. However far from being something easy, most of the details that we know today were extremely criticized at the beginning, to the point where many believed that Apple was making a huge mistake. Giving this fact, here are the most controversial and successful decision that the Cupertino company made, in order to make the iPhone better.

One of the most common things in smartphones is to remove the battery every time you want, which has been something that started with the old-school cellular phones, so the people was so used to it that everyone thought that even when mobile devices evolves with new specs and features, the battery will always remain as a removable object.

However, when the iPhone came out one of its most characteristics details was that its battery was fixed, which means that users could no longer get access to it and removed it when it got tired. As might be expected, at that time this was something that gain a lot of critics, considering that it is always controversial breaking a routine, but Apple didn´t care, and kept betting on this.

In fact, it was something that even when at the beginning no one liked, eventually became a successful innovation from the Cupertino company, giving the fact that having an irremovable battery makes it thinner and with a longer life, which at the end of the day, is what everyone wanted in a mobile device.

When Apple Change The Charger Port In Its iPhone 5

This was definitely one of the most controversial decisions in Apple history, to the point in which many iPhone lovers strongly criticized this detail, and many believed that there were chances that the new flagship iPhone 5 didn't meet sales expectations because of it. The reason was that the Cupertino company changed its good-old charger port, which meant that every single iPhone-compatible products, as the charging stations or the speaker docks were now totally obsolete.

The thing about this change is that it represented a huge revolution in Apple´s products, considering that one of its most important details was that many accessories could be used with many devices, but now this was not possible anymore, which represented a huge annoyance for users.However, it ended up being an incredible change, giving the fact that the new Lightning port cable was much more faster, and could be inserted either way round, just like how USB-C works.

The Most Controversial And Successful Decision: When Apple Introduced The Touch Screen Keyboard

One of the most common details in mobile phones´ history is its physical keyboards, which has always existed in every single product of this kind, and everyone was already used to. In fact, when someone bough a new phone, it needed to adapt to the new specs or features, but never to the keyboard, considering that it was the same that its previous phone had, so there were no problem.

However, when Apple released its touch screen keyboard for the iPhone, everyone though t that this could be one of those mistakes in which Apple focus so much on design and aesthetic that doesn´t realize that it could miserably fail. At the beginning, there were a lot of critics to this new feature, giving the fact that it was like using a mobile device for the first time, since now you would have to get used to this new keyboard.

Nevertheless, this actually ended up being so successful that almost every single smartphone have it, and those who doesn't are practically obsolete products that can´t compete with the newest. This was practically a revolution that Apple started and as any incredible innovation, it started with many critics and skepticism.

This achievement sends a message to Apple´s competitors, giving the fact that it reached this position in a moment in which the iPhone sales haven´t been as good as expected.

Back in the campaign, Tim Cook shows his support for the Democratic nominee Hillary Clinton. Donald Trump has had many clashes with Apple, to the point in which he asked people to boycotted it.