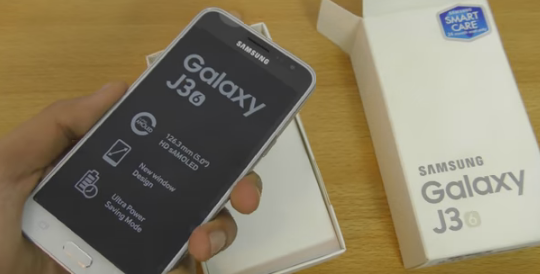 2016 has seen some of the best smartphone deals ever. (Photo : XEETECHCARE / YouTube)

This year has been such a wonderful year for smartphone buyers. Different brands of smartphones have hit the market and fans of affordable phones weren't taken for granted. In fact, 2016 might have been the year when cheaper smartphones become more powerful. Here's our list of this year's best affordable mobile phones.

The Samsung Galaxy A5 is a 5.2 inch smartphone with a good 1080 x 1920 pixel resolution. This phone is powered by either a Snapdragon 615 or an Exynos 7580 processor. This phone has 256 GB capacity microSD slot, 2 GB RAM and 16 GB internal storage. For the cameras, the A5 comes with a 13 MP rear cam and a 5 MP front cam. This phone then has a fingerprint sensor and a 2900 mAh battery.

The OnePlus 3 may be among the highest priced smartphones in this list but note that this phone is a flagship one, making it an uber-powerful device despite its low price. As per GSM Arena, this phone has a 5.5 inch display with 401 pixels per inch density. Unlike most affordable smartphones, the OnePlus 3 is powered by a powerful processor which is the Snapdragon 820 and it is also equipped with a gigantic RAM size of 6 GB.

Compromises have been made on this device to lower its price and it includes the lack of a microSD slot. Nevertheless, its 64 GB internal storage isn't exactly insufficient. Furthermore, the OnePlus 3 is also equipped with great cameras comprised of a 16 MP rear one and an 8 MP front one. Additionally, this phone has a fingerprint sensor and a 3000 mAh battery.

The ZTE Axon 7 is yet another premium device with an affordable price. Unlike the OnePlus 3 however, the ZTE Axon 7 did not sacrifice its display quality and microSD slot for its low price. This phone has a 1440 x 2560 pixel resolution on its 5.5 inch screen and it also has a 256 GB microSD slot capacity. Furthermore, the Axon 7 is also powered by the powerful Snapdragon 820 processor and it also comes with a 64 GB internal storage. This phone then has a decent 4 GB RAM and an impressive set of cameras (20 MP rear and 8 MP front). The ZTE Axon 7 then has a 3250 mAh battery and a fingerprint scanner.

If you want an iOS device instead of Android, lucky for you as this year Apple released an affordable iPhone called the iPhone SE. This phone may be a 4 inch iPhone but it shares the same specs as its higher class sibling. The iPhone SE is powered by an Apple A9 chipset and comes with 2 GB RAM. Its storage variants are 16 GB and 64 GB. It also comes with a 12 MP rear cam and a 1.2 MP front cam. Furthermore, this Apple device has a fingerprint scanner and a 1624 mAh battery.

Looking back at all of this year’s releases, only a few phones stand out.

2016 Best Tech Gifts For Your Parents

For those who are planning to give something techy to your family, lucky for you as there are a bunch of new products to choose from.

Five Of The Best Smartphones This Holiday Season