The Microsoft Surface Phone Potential: Specs And Features Worthy Of Its Branding 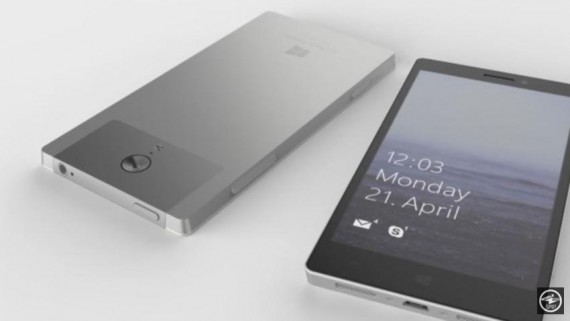 For good reason, this year has been great for all of Microsoft’s Surface products. The company is in the best position to release a new player - the Surface Phone - into the tough smartphone market. (Photo : MobileTechSpot/YouTube)

This year, Microsoft released a significant amount of Surface products into the tech world, most - if not all - of which have been met with raving reviews and notable sales in the market. There is, however, one other subgroup that the public would love to see the Redmond-based company attack. There is no better time than now to debut the highly anticipated Surface Phone.

Admittedly, the road that Microsoft Surface devices have been on has not always been a smooth one. The tech giant has had to work on its technology in order to reign the classes that it does now. However, the time and hard work have definitely paid off as Forbes notes that at least three of its products lead the market.

The Surface Pro 4, for instance, is arguably the best in its niche. It mixes the best features of a tablet with that of an ultraportable notebook. Meanwhile, the Surface Book is also a hybrid device that is geared for more business professionals. Then there is the Surface Studio, which might change the way the public has learned to use desktops altogether.

Microsoft CEO Satya Nadella sat down with the Australian Financial Review and discussed his company's current standing and what has taken them to get there. "The key in any momentum we have is that you have to have some amount of boldness in taking risk, and knowing that you are not always going to get it right," Nadella said. "Three years ago, the two-in-one as a form factor was questioned. Does anybody need one? And now guess what, even our competition has decided that it's not a refrigerator and a toaster but it's actually a two-in-one."

The momentum that Microsoft is on now should not be taken for granted. And with the smartphone industry changing in more ways than one, now is the best time for the Surface Phone to make its much awaited debut. The technology is virtually available, as proven by the Surface devices, and simply needs to be readjusted to fit a handheld device.

The Surface Phone will undoubtedly run on Windows 10, as does all of the up-to-date Surface products. Trusted Reviews adds that it will also arrive in variants of 4GB of RAM or 6GB of RAM. And while both options will be powered by the Qualcomm Snapdragon 835 processor, only the higher end model is currently expected to run X68 applications in Microsoft's Continuum mode.

The other rumors surrounding the device are that it will have a 5.5 inch Quad HD display. It will also have a fingerprint scanner, a 21 megapixel rear camera and an 8 megapixel front camera. Furthermore, the unit will reportedly come with some exciting accessories that are true to the Surface branding. That is, the Surface Phone will be compatible with a stylus pen and a possible keyboard cover.

However, it might take a while before the Surface Phone actually makes it to the market as the device is expected to debut no earlier than the last few months of 2017. This is a double edged sword, as Microsoft is evidently taking its time to perfect the device. On the other hand, the company's momentum might not be as strong when that time comes.

By not including the Surface Pro 5 in its October event, Microsoft only increased consumer expectation for its next hybrid device.\

With the year coming to a close, the more affordable smartphone companies are bringing everything they have. The Xiaomi Mi Mix and the Oneplus 3T are the best and most high-end handhelds from their respective manufacturers.

Surface Phone Is Not A Windows Phone, Here's The Latest News, Release Date And Specs Rumors

“We will continue to be in the phone market, not as defined by today’s market leaders, but by what it is that we can uniquely do in what is the most ultimate mobile device," Microsoft CEO Satya Nadella said.