How AI Will Create Videos Of The Future? 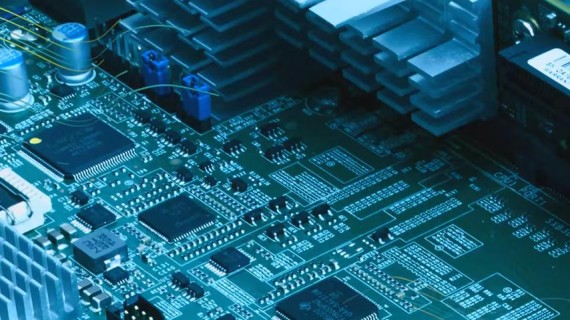 According to experts, instead of taking their jobs, artificial intelligence will help enhancing human workers.<br /> (Photo : ibmpowersystems/YouTube)

A deep-learning AI algorithm developed by MIT Labs can predict how a scene will play out.

While the human brain has an unlimited capacity for imagination, machine artificial intelligence (AI) still struggles to form sensations, ideas ad images without direct input. But now, this all could change. A research team from MIT's Computer Science and Artificial Intelligence Laboratory (CSAIL), led by PhD student Carl Vondrick, has designed a deep learning algorithm that can simulate the future of a still image in order to create short videos. The results of the research have been published on MIT's website.

According to PC Mag, Vondrick said in a statement that these videos illustrate what computers running AI algorithms think can happen in a scene. They can better understand the present if they can predict the future.

Vondrick worked on the project with University of Maryland Baltimore County professor Hamed Pirsiavash and MIT professor Antonio Torralba. While this is not the first research team to tackle this topic, its model does pioneer new techniques, including processing an entire scene at once. The videos generated via this technology were deemed realistic by human subjects 20 percent more often than a baseline model.

According to the MIT research team, this model could be used for detecting anomalies in security footage, adding animation to still images and compressing data to store and send longer clips. Vondrick said that he expects in the future this AI video algorithm will allow researchers to scale up vision systems able to recognize scenes and objects without any human supervision, "simply by training them on video."

While it is easy to preserve moments on camera with our current technology, the idea of capturing situations that were about to happen it still sounds like science-fiction. However, this possibility is not as far as you might think. The deep learning algorithm developed by MIT CSAIL researchers can create videos based on what it expects to happen in the future.

According to Engadget, after extensive training of around two million videos, the AI system is able now to generate footage by pitting two neural networks against each other. One serves as a quality check by determining whether videos are simulated or real, one creates the scene by determining which objects are moving in still frames. When the checker AI is tricked into thinking the footage is genuine, the artificial video is considered a success.

For now, the technology still has its limits. The videos produced do not look very realistic and they can go further into the future only up to 1.5 seconds. The AI video technology tends to exaggerate the objects' sizes and isn't aware that objects are still when they move. But, overall, it's a promising beginning and it's good enough to predict relatively complicated scenes like people walking on grass or waves on the beach.

Tech experts think that this technology could have a far-reaching impact if CSAIL can make predictions more realistic and extend them further in the future. For instance, a possible application could be in the field of self-driving technology. Autonomous driving cars could predict where vehicles and pedestrians are going.

Is Japan Going To Be Next Winner Of The Supercomputer Race?

Japan is preparing to win the supercomputer race again, with a 130-petaflops machine.