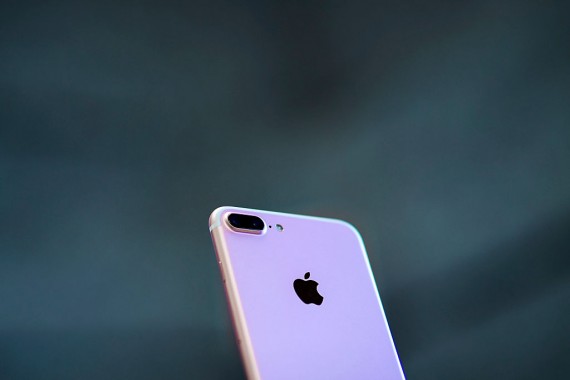 There are lots of great camera smartphones this year, both from mainstream and underrated brands. (Photo : Photo by Gonzalo Arroyo Moreno/Getty Images)

When it comes to choosing a smartphone, there are people who would prioritize camera specs over other factors. Luckily, most phone brands do not take cameras for granted. However, there are only a few models that put it more effort than usual in their cameras. Here is our list of 2016's best camera phones.

This shock proof flagship phone from LG was just released this October. It is undeniably one of the hottest names in the smartphone market right now. Not only does it have a unique secondary screen, it also boasts of its impressive cameras. The LG V20 has a dual camera system on its rear and it includes a 16 MP and an 8 MP lens. It's 5 MP front camera may not at all be ground breaking but overall, the LG V20's rear camera specs are something worth bragging.

The newly released 5.5 inch iPhone 7 Plus is probably the most premium smartphone on the market right now. It is powered by an Apple A10 Fusion chipset and it has been made to be water resistant too. On top of that, the iPhone 7 Plus also comes with a 12 MP dual camera system. This is the first time Apple has ventured into dual camera systems and so far, people are happy about it. The phone's DSLR-quality portrait mode is also a very happy addition.

The ZTE Axon 7 may not be the most mainstream brand you have heard of. However, it's got to be among the most competitive models you can ever know of. It's got a powerful processor, superb display and above all these, an impressive 20 MP rear camera. While most household brands don't go for cameras higher than 16 MP, ZTE managed to stuff its Axon 7 with a 20 MP primary camera.

This massive 5.7-inch smartphone isn't only powerful when it comes to internal specs, it's also got amazing cameras. The Xiaomi Mi 5s Plus has a dual 13 MP camera system, GSM Arena reported. This is pretty much a valid option for phablet-loving people especially since the Mi 5s Plus is powered by the powerful Snapdragon 821 and comes with up to 128 GB storage and 6 GB RAM.

Sony is one of the most popular sources of camera lenses so it's not exactly a surprise if the company also manages to include great cameras on its smartphones. The Sony Xperia X is one good example of this. This phone may be a small 5-inch smartphone but it does come with an impressive 23 MP rear camera. On top of that, it also comes with a very competitive 13 MP front camera.

Speaking of Sony cameras, the Vivo Xplay also uses Sony's masterpieces in its dual rear camera system. As per Neowin, the Xplay 6 makes use of the Sony IMX362 which is one of the most high-end camera sensors there is. This smartphone has a dual 12 MP plus 5 MP camera system and it also has an amazing front camera with 16 megapixels.

The camera on smartphones continues to get better and better, thanks to al competitive handset makers. Before the end of 2016, let us find out what tops the list on having the best camera.