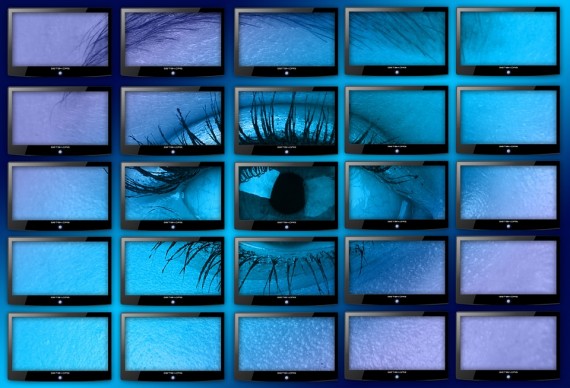 UK surveillance law allows British police and intelligence agencies to see every website that everyone visits. (Photo : Photo by: Geralt/Pixabay)

A far-reaching new law has plunged the UK deep into debate whether the country is on its way to becoming a surveillance state.

According to the new law, the communications companies will retain records of every messaging service and website UK-based citizens visit from any device. The new legislation often referred to as the Snooper's Charter offers unprecedented new powers to spy agency and police in the UK for keeping tabs on citizens.

The legislation that has been already a year in the making is published on British Parliament's website. The law was designed in the name of counter-terrorism, as is common for surveillance proposals in Western democracies including the Patriot Act in the U.S. However, according to the Internet rights groups, the bill signs the dead sentence for the privacy of internet users in the UK.

According to CNET, Home Secretary Amber Rudd said in a statement the internet presents new opportunities for terrorists and, therefore, the government must ensure "the capabilities to confront this challenge." He added that it is essential that British law enforcement, security and intelligence services get all the powers needed in order to keep citizens safe.

The global surveillance activities that the UK has conducted in secret for years are now legalized and made official. Among these surveillance activities are included bulk data collection and hacking. The new law also requires internet and phone companies to store communications data generated by internet, apps and email use for 12 months. All this information is also made accessible to police and security services.

What Do Supporters Say?

There are people supporting the bill, arguing that it is essential to keep the UK secure. UK Prime Minister Theresa May said that the law will help the work of law enforcement and the security and intelligence agencies. According to her, is their license to operate to protect the public's safety and the country's national security. In fact, even long before she became prime minister, Theresa May started pushing for harsher surveillance laws.

A report conducted in August by Independent Reviewer of Terrorism Legislation found that there was no reasonable alternative to the Investigatory Powers Bill. The report came to the conclusion that the Snooper's Charter is necessary because the government had to pass legislation to replace the Data Retention and Investigatory Powers Act 2014 (DRIPA), before it expires on Dec. 31.

What Do Critics Say?

Critics say that the new law goes too far and too deep. The UN special adviser on privacy, Joseph A. Cannataci, asked the government earlier this year to rethink the law's privacy-intrusive measures and called the bill "worse than scary."  According to ZDNet, American tech companies, including Google, Apple, Twitter, Facebook and Microsoft urged the British government not to push it through. In a joint statement made by Google, Twitter, Facebook and Microsoft in December 2015, they said that this law would set a very dangerous precedent.

Privacy advocates issued statements under the banner Don't Spy On Us, expressing their disapproval of the decision. Executive director of Open Rights Group, Jim Killock, called the Snooper's Charter "a surveillance law that is more suited to a dictatorship than a democracy." The new bill creates a "security nightmare," according to Tim Berners-Lee.  According to Edward Snowden, this is the most extreme surveillance in the history of Western democracy. More than 130,000 UK citizens have signed a petition calling for the law to be canceled.

The new internet security challenges could be overcome with the help of advanced tech.

US At Risk To Lose Control Of Internet

The U.S. is preparing to hand over Internet address book in a move that makes the future of the internet uncertain.