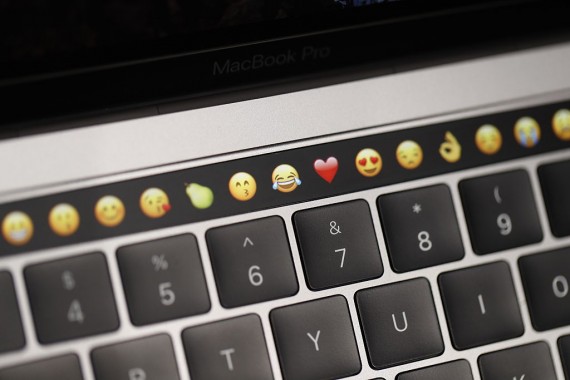 When Apple unveiled the long awaited MacBook Pro 2016, not a lot of people were impressed. It's not that the new Apple laptop isn't good enough, in fact, the MacBook Pro is a pretty fast laptop device. The problem with it probably roots from the fact that there are a number of other laptops that can compete with it without being as expensive. Sure, the MacBook Pro 2016's Touch Bar is quite a cool addition. However, it may not be enough addition for a lot of people. In fact, some people may even be okay without it.

Do take note that the MacBook Pro has three variants with slightly different specs and prices. The 13 inch variant with no Touch Bar is at $1499 while the 13 inch variant with a Touch Bar is at $1799. You can also get the 15 inch Touch Bar model for $2399. Depending on a user's needs, these prices may or may not be worth it. For those of you who aren't exactly impressed by the new Apple MacBook Pro, here are some alternatives for you.

The Surface Book is also at the higher end of the laptop pricing spectrum. However, it could also be one of the most powerful laptops in the market. It isn't only a good laptop internally like the MacBook Pro 2016 is, it is also a joy when it comes to its build and exteriors. The Surface Book is a very modern hybrid device which means that it can function both as a laptop and as a tablet. With that said, it is worth noting that the Surface Book's display is touchscreen. These are some things Apple hasn't tried with the MacBook yet - being a hybrid device and having a touch display. The company may have a reason why, and it could be connected with the iPads' marketing, but Apple can clearly lose people who are looking for a fully functional laptop and tablet hybrid.

If you are in search of a powerful hybrid laptop, the HP Spectre x360 is one of the best options you have right now. It comes with a screen that can flip all the way around for a tablet transition and it can also function as a solid and uber-powerful laptop. As a hybrid laptop, the HP Spectre x360 is able to be positioned differently depending on the user's needs. This laptop comes with a 2-hinge system that allows for the 360 degree rotation.

Microsoft Surface Pro 4 Prices Drop Up To $200, Where To Buy One

Microsoft launched a less expensive $2,999 Surface Book with 6th-gen Core i7 CPU, 16GB of RAM, and 1TB SSD but without a dedicated GPU.