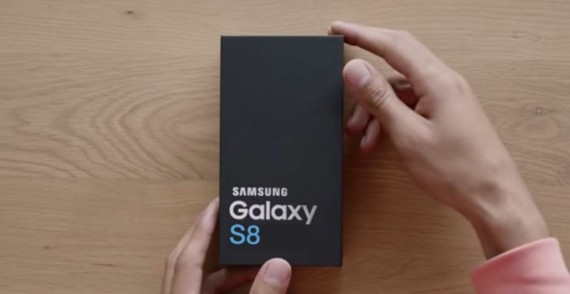 There are many rumors and speculations regarding the highly anticipated Samsung Galaxy S8 handset. (Photo : TrustedReviews / YouTube)

From an improved camera to a new digital assistant, Samsung is aiming for a major comeback with its Galaxy S8 scheduled for launch next year.

There are many rumors flying about the upcoming Samsung flagship smartphone. After the Galaxy Note 7 debacle, the highly anticipated next mobile device from the South Korean high-tech company will need to revive trust in Samsung's brand.

The handset, presumably to be called the Galaxy S8, will have a digital assistant. In fact, according to The Economic Times, rumors are claiming that the smartphone will have different names for male and female voice assistants. The female AI will be called "Bixby" and the AI with a male voice will be called "Kestra."

Greenbot reports that usually, Displaymate crowns the latest Samsung smartphone as having the "best display." This also seems to apply to the upcoming Samsung flagship. According to a report from the Korea Herald, in order to top the current S7 line, Samsung is going to increase the resolution on the S8 to 4K (2,160 x 3,840).

It is still not certain how many phones Samsung will release. According to a recent rumor, one of the models will come with a very big 6.1-inch curved screen. However, that screen size is a bit beyond the preferences of most users in Europe and the U.S.

There are also speculations that all S8 models will come with a dual-curved screen, going after that Edge look. At the ill-fated Note7 launch, Samsung head of mobile Koh Dong-jin said that the company has considered making "the edge display as the identity of the Galaxy S smartphone lineup."

Everyone major smartphone brand is implementing digital assistants in their devices these days. Samsung cannot just watch on the sidelines as the Alexa, Siri, Cortana and Google Assistant compete for dominance on the market. The South Korean company recently purchased Viv Labs for the purpose to develop its own AI assistant. Like the other digital assistants, Samsung's app be able to handle natural language queries.

The Samsung brand is known for offering the best-in-class smartphone cameras. But Google's Pixel is considered the current photography king, so the Galaxy S8 will have to catch up.

With regard to Galaxy S8's camera specs, the rumors are a bit confusing. Some rumors suggest that Samsung's upcoming flagship smartphone will come with a 30 MP rear camera. A tipster to Weibo claims that the device will feature dual lens, with 12 MP Sony lens. The smartphone will come with 13 MP rear camera and an 8 MP camera on the front. Other reports speculate that the mobile device's camera could have autofocus for even better selfies.

A SamMobile report suggests that the Galaxy S8 will be powered by an Exynos 8895 processor with ARM's Mali-G71 GPU on tap. According to tech experts, this hardware configuration will provide 1.8 times better performance than the S7 with optimization for VR and 4K.

Depending on the region, the Galaxy S8 might also be powered by a Qualcomm Snapdragon 835 chip built with an octa-core setup and built on a 10 nm process. This configuration will also be ready for VR and 4K and it will support up to 8 GB of RAM.

PC World reports that there are rumors that Samsung will discontinue the physical home button. The display will cover 90 percent of the phone's body, comparing to currently 76 percent on the Galaxy S7 edge. The fingerprint sensor would come integrated into the screen or would be placed on the back, as done by the LG, Nexus, Pixel and other phones.

What Features To Expect From Samsung's Galaxy S8?

There are some features we can expect from the upcoming Samsung Galaxy S8, according to rumors and speculations.

Should You Wait For Samsung's Galaxy S8?

Samsung's Galaxy S7 vs. Galaxy S8: should you buy now or wait for the next flagship smartphone?

The Samsung Galaxy S8 won’t come on the market until at least early next year.