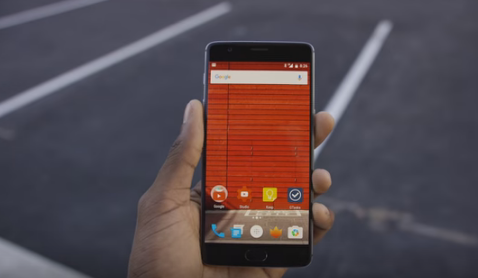 In a world where smartphone models get upgraded on a yearly basis, it's just valid to ask whether or not getting an expensive flagship is really necessary. As for most people, the answer is probably a solid "No". There may be people who can afford a yearly flagship upgrade, but for the majority of consumers, this isn't exactly a splurge they are willing to make. Nevertheless, these people may actually be making a clever decision. Going for an expensive smartphone, especially on a yearly basis, isn't exactly necessary.

Let me start this off by saying that this subject is undeniably opinion-based. Meaning, there really is no right answer when it comes to which phone is a better purchase. Needless to say, it's pretty much a fact that midrange phones are a more economic option than flagship phones. My thing about midrange phones is that these are pretty much as solid as an option as flagship ones. It just so happens that flagship phones have that extra glitz and glamour that you are actually also paying for. Flagship phones have a higher than average display resolution and a tad bigger RAM size. These phones also make use of the latest processors. The question that remains is that, do you really need those?

The answer is basically "it depends". People who watch videos for a living may need high-quality display and people who make use of multiple heavy apps may need the latest set of processors. However, those who are simply surfers and light gamers, may not exactly be making a clever purchase in buying a top of the line 2-times the average price smartphone.

The good thing about buying a midrange smartphone is that you can actually upgrade yearly without worrying about splurging. When a new-edition unit of your phone comes out a year later, you won't find it difficult to get it, whereas when you saved up all your cash to buy a topnotch premium phone, you will only feel bad when the new model comes out one calendar year later. Of course, premium flagships should also be given credit for all the extras that they bring in. However, we cannot deny the fact that premium flagships are uber-expensive and upgrading one year at a time might hurt one's pocket. Nevertheless, buying a premium flagship phone and not upgrading the next season is also as good as getting a new midrange year after year.

Do take note that midrange phones aren't the same as low-end phones. Midrange phones have prices around $300 or so and these phones are typically modestly spec'd. Meaning, you won't exactly be getting bottom-of-the-line specs for a low price.

Samsung has a lot of these phones alongside Asus, Motorola and LG. Amazingly, there are also flagship devices with midrange prices, including phones from OnePlus and ZTE. Needless to say, these phones may have cut down on some parts of the phone like display or microSD slots to save up some costs, but overall, these phones are some of the best smartphone deals you'll get. Do checkout Samsung's J series, Asus' Zenfone series, LG smartphones, Moto series, OnePlus 3 and ZTE Axon 7. There are also other models that remain underrated and it includes units from Huawei, Alcatel and more.

Looking back at all of this year’s releases, only a few phones stand out.

2016 Best Tech Gifts For Your Parents

For those who are planning to give something techy to your family, lucky for you as there are a bunch of new products to choose from.

The best of the best in smartphones have entered the market this 2016.

2016 has seen some of the best smartphone deals ever.

You don't have to spend so much to get a powerful smartphone.

2016 has been filled with the most high-end smartphones and laptops. Included in the list are devices from Samsung, Apple, OnePlus, HP and more.