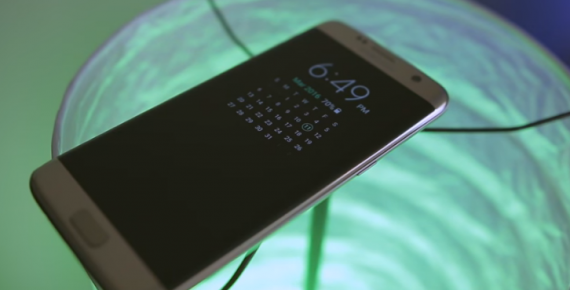 The best of the best in smartphones have entered the market this 2016. (Photo : Android Authority / YouTube)

This year has undeniably been a busy year for the smartphone world. We've seen a large number of smartphones get released and we have also seen some great technologies unveiled. While there may also be a bunch of midrange and low end smartphones revealed this year, it's undeniably the flagship phones that took people's attention. Here are some of the best flagship releases of 2016.

Samsung's man of the hour this year has got to be the Galaxy S7 Edge. Had the Note 7 remained in the market, it could have defeated S7 Edge's popularity. However, with the Samsung phablet's unexpected discontinuation, the company shifted its attention to its earlier flagship which is the S7 Edge. They even produced a new S7 Edge variant with Note 7's popular color option which is the blue coral color, GSM Arena reported.

Needless to say, the S7 Edge, with or without the Note 7 cancellation, is a very competitive phone. It's got one of the most amazing smartphone display on the market and it is also one of the most elegant phones you'll see right now. It also comes with a very powerful processor and a waterproof body.

The LG V20 is also one of the most solid flagships this 2016. It is a shock-proof smartphone that is powered by a super powerful processor. However, if there are some things that makes the LG V20 extra special it would probably be its secondary screen, its dual camera, and the fact that it runs Android Nougat from the box. Know that the LG V series has been dedicated to having a secondary screen. Also, the V20 has been equipped with a dual 16 MP/ 8 MP dual rear camera for superb phone photography. Additionally, while most smartphones are still in the process of getting the Nougat update, the LG V20 runs it from the box.

HTC may be an underrated flagship brand but users of HTC 10 haven't exactly been disappointed with the HTC 10. In fact, this phone gets good reviews especially for its superb display, fast processor and amazing overall performance. The HTC 10 is a smaller smartphone with a 5.2 inch display which means that it is a perfect phone for non-phablet fans.

The OnePlus 3 is pretty much the king of all Androids this year. It may not have the best display resolution and it may have ditched the microSD slot feature but since it is a half-the-price-flagship, it's been getting good feedbacks from people. Internally, the OnePlus 3 is a very solid flagship phone. It is powered by a powerful Snapdragon processor and it also amazingly comes with 6 GB worth of RAM which isn't exactly a mainstream feature this year.

Another half-the-price-flagship introduced this year is the ZTE Axon 7. Unlike the OnePlus 3, ZTE's phone did not compromise its display and microSD slot. In fact, this phone has an amazing 538 pixels per inch density on its display. It also comes with a 256 GB capacity microSD slot. On top of that, the ZTE Axon 7 is also powered by one of Snapdragon's most powerful processors. This phone just has a RAM size lower than OnePlus 3's which is 4 GB.

Google also released its new set of flagship devices this year and it includes the Google Pixel XL. This high-powered Android device boasts of its superb display, powerful platform and most importantly, its Nougat operating system. As mentioned, most smartphones are still in the process of getting the Nougat rollout, so the Pixel XL's native Nougat OS makes it more special than others. Do take note that Google's phones also get the latest Android update way ahead of its competitions which makes the Pixel XL a solid option for Android lovers.

ZTE recommends that the Axon 7 Mini have at least a 30 percent charge before you begin to download the Nougat update.