Get These 7 Popular Games For Free This December 2016 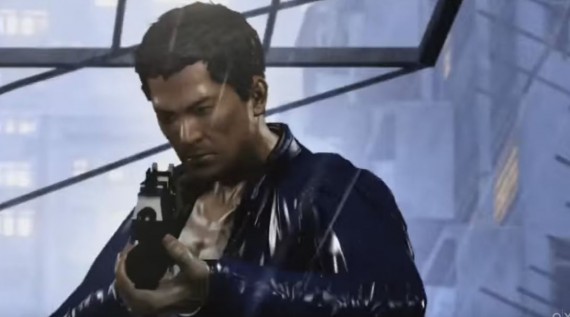 Sleeping Dogs: Definitive Edition Xbox Games with Gold is just one of the titles that you can play for free this coming December. (Photo : YouTube / outsidexbox)

December marks the arrival of Christmas, a season when everybody expects to have a gift of sorts. Gamers will also enjoy the year's end given the number of free games that will be available on different platforms. Right below is our list of some popular games that you will be able to play for free this coming December on PS Plus and Xbox Games with Gold.

A world without color is no fun at all and the world of Terra Color is just that. As a black and white world, it became a hellhole that you have to restore to make it vibrant and alive once more by bringing back the colors. Color Guardians has more than 70 levels to conquer. Each level will be harder than the previous one and you have to be quick to think on your feet to swap out colors and avoid obstacles on the way. Color Guardians is available on PS Plus and offers a side-scroller gameplay.

As a 3D shooter game, Hyper Void is another free title that you will be able to play this December in PlayStation Plus as long as you are a subscriber. Hyper Void's gameplay is all about you blasting enemies sideways and controlling the spaceship you are given. Make sure that you shot all your enemies way before they can get any close to you or you will be damaged. Hyper Void has many enemy types and you'll be able to meet each one as you move forward into the game. Better master your shooting skills and sideways move as early as now.

Invisible, Inc. is one of those charming games that you should try for a turn-based strategy game that focuses on rogue-like gameplay and stealth, hence the name. The story line of Invisible, Inc. revolves around an espionage agency attacked by several multinational corporations. As the player of the game, you have to become an agent handle and do covert missions all across the globe. Canadian developer, Klei Entertainment, did well with Invisible, Inc and even included fully-voiced cutscenes into the gameplay.

Outland is another title from the Xbox Games with Gold that looks a little generic for most gamers who wants plenty of challenge. This is because Outland's story line revolves around fighting off forces of chaos by using the powers of light and even the dark powers. But if you want platform games and you've always been into solving puzzles, then Outland is the best game for you to play. Besides, this Xbox title is not very hard on the eyes thanks to its striking visuals and art designs.

Outlast is another one of Xbox Games with Gold that you can get for free this December. This is best suited to gamers who are into creepy video games. In Outlast, you will have to uncover the horrors surrounding the asylum as Miles Upshur, an investigative journalist. You won't have any weapons in Outlast but there are hostile patients that you will encounter into the game. Your best moves? You can just hide and pray that those scary patients don't find you or just run for your life.

Stories: The Path Of Destinies

Stories: The Path of Destinies is best for those gamers who appreciate role-playing games with plenty of action and stunning aesthetics. The main protagonist in Stories: The Path of Destinies is the ex-pirate Reynardo who found himself suddenly tasked with saving the whole world. Expect a lot of swordplay in the game - not surprising given the ex-pirate protagonist we have here - and plenty of story paths to explore until you reach the title's ending.

Want some more? Check out Steam's year-end sales to get the best deals on popular game titles. Or if you want, see this guide to find the best gifts for your gaming buddy or just yourself.

Mass Effect: Andromeda's new gameplay footage was revealed at the Game Awards 2016, making the fans very excited, as it reveals a lot of new features.

Hearthstone: Mean Streets Of Gadgetzan Tip: How To Get Six Free Packs

Hearthstone: Mean Streets Of Gadgetzan arrives with 132 new cards. Want to get free packs? Here's how to get six.

The Game Awards 2016 excites a lot of Nintendo fans, as Legend of Zelda: Breath of The Wild reveals a new amazing gameplay. It has a lot of new features that fans did not expect.

The original Xbox controller will ship with a nine-foot detachable cable and the round Xbox logo in the center is actually an LCD allowing for an animated logo to be displayed.