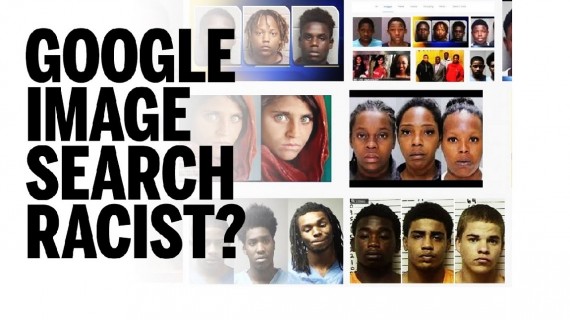 Although Google is one of the most famous and popular companies in the entire world, there have been some episodes in which the tech giant received a lot of critics because of its actions.<br /> (Photo : Youtube/Anthony Brian Logan)

The multinational technology giant is probably the most important tech company in the world, to the point in which position in the market is so strong that many consider Google not only as some kind of institutionalized power, but also a big brother that watch and decides everything. Of course, like any other major company, Google has been known not only for the good but also for having very controversial moments that have to occupy the news. Here are their biggest controversies so far.

Censorship In China: A Lack Of Ethic That Other Companies Are Also Committing

Any kind of foreign search site or social media that wants to get into the Chinese, will have to adapt to the China´s government censorship policies in which it can´t be showed any kind of information that doesn't fit its interest. Naturally, agreeing with this kind of deal would automatically gain a lot of criticism towards the company, considering that it will automatically become an enemy of freedom of speech, helping the Chinese government to censor the people.

Although many believed that an important company as Google would prefer to keep its image and reputation as intact as possible, the search giant actually accepted the deal and started to run in China, censoring any kind of search that the government doesn't like. Unfortunately, other important sites as Facebook have also submitted to the government censorship in order to run in Asia´s first economy, no matter how high the price is.

One of the most delicate situations that a search company could go through I any kind of racist controversy, giving the fact that there is probably no issue that could destroy a reputation as faster as this one. Believe it or not, Google has faced this kind of events many kinds, but there was one that became the most notorious.

The thing goes like this: some months ago someone decided to write "three black teenagers" on the search box, and the results only showed police mugshots of black teens, which was considered as something extremely racist because of the representation that Google showed. In fact, this situation escalated to a whole new level when it was compared with the results of "three white teenagers", considering that it showed of happy young white kids laughing and having a good time.

Many users made videos and screenshots about it, and a Google spokesperson had to explain that far from giving this results because of a racist issue, the image search results were just a reflection of content from across the web. Of course, this means that unpleasant portrayals of delicate subject matter online can easily affect what image search result you looked it for.

One Of Its First Biggest Controversies: Google Books And The Copyrights Issue

Of every single feature that Google has offered since it was created, this was definitely one of the most incredible, considering how helpful it was for people and especially for students who were having to make an investigation and needed the best material in the quickest and easiest way possible.

However, even when almost everybody loved Google Books, there was an incredible controversy surrounding this option, since the copyright issues and intellectual property right started to appear. Considering that the search giant was massively using these materials, a lot of people attempted to bring legal actions against the company for copyright infringement.

The biggest problem about this issue was that Google got to point of scan and made searchable millions of books while most of the times didn't provide content available. Many believe that the company didn't have the right to do this, and three top French publishers threatened to sue the  company because of it.

Android Malware Called Gooligan Compromised A Million Google Accounts: Could You Be One Of The Victims?

Just as many other situations of this kind, users didn´t expected to be victims of a malware, so this would set a precedent that authorities must solve to avoid from happening again.

Believe it or not, there are some social media network that are exclusively dedicated to women that wants to get a breast implant, or people who only work as farmers.

The mobile rhythm game Cytus II has been taken off Chinese app stores due to a composer that made songs for the game hiding a pro-Hong Kong message in morse code in one of his personal songs.