Facebook Is Set To Launch A New Feature Similar To Snapchat's Discover Feature: What 'Upgrades' Can We Expect? 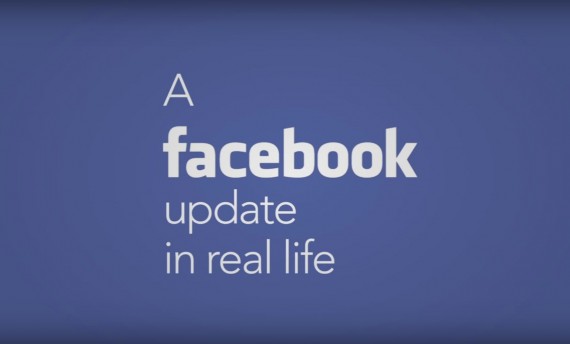 In the light of Facebook's alleged "Fake News" controversy, the company is said to rub off this dirt by taking help from recognized media partners that will push curated content on its site.

According to reports, Facebook has been really busy these days (aside from the fake news allegations and bugged metric issue). It has been reported that Facebook has met with recent and entertainment companies to create content for its Collections, that will be displayed directly inside a user's News Feed. The Collections is said to be a new feature of the site and is somewhat similar to Snapchat's Discover feature.

When asked regarding the launch date of this new feature, Facebook has not made any comments or hinted to agree for an interview to discuss the details about the said feature. However, there are already rumors of who the recognized media partners will be for the Collection feature. It is said that Facebook already has a long list of media partners (over 140 media companies and celebrities) for Facebook Live, and there's a chance that among those media companies and celebrities, a number of them will be on the new feature.

If you're wondering what is the Discover feature of Snapchat, here is an explanation of it. First, the Discover feature is an extension of the Stories feature. On the Discover's first release, it allows the user to view content compiled publishers, brands, and Snapchat's very own editorial staff. The contents can be in the form of images, video, editorial, or what Snapchat calls "gorgeous advertising" content. Be careful if you want to be updated, because these contents are said to expire after 24 hours.

Fast forward to its update, the new Discover lets users see the image headline previews of the content inside the Discover channels and Live Stories on the Stories page. Its Discover page also features a Pinterest-style mason grid of tiles, while the Stories page now combines the two rows of Static Discovery channels and Live Stories into on scrollable row of non-friend content. Also, the updated feature lets the users to subscribe to Discover channels so that the user's favorite channels will always appear amongst the Recent Stories that the user has added.

On the other hand, there is another feature similar to Snapchat's Discover feature, Twitter's Moment feature. This feature enables the users to connect together multiple tweets into a slideshow, making it presented like a story. The purpose of the feature is to help users keep up with what is currently trending at any given time, instead of having the need to follow a number of people to string the trending topics.

What Users Can Possible Expect From Facebook's Upcoming New Feature

First, let us consider the fact that Facebook is under fire right now from the Fake News allegations, making the Collection feature only present news, articles or contents from their "recognized" media partner and celebrity. Second, considering the fact that Snapchat's Discover has image, video, editorial or gorgeous advertising, there might be a Live Video news broadcast from their media partner. Aside from these two possible upgrades, there is none. We just might have to wait for Facebook to announce what their new feature does.

How Facebook Is Trying To Dispel Pop-Culture AI Myths?

Although Google is one of the most famous and popular companies in the entire world, there have been some episodes in which the tech giant received a lot of critics because of its actions.

Vin Diesel and the rest of the cast of "The Fast and The Furious" along with Paul Walker's family has paid tribute to the departed actor on his recent death anniversary.